IPL 2022: Lucknow Super Giants, led by KL Rahul, will take on Gujarat Titans in their opening match on Monday. 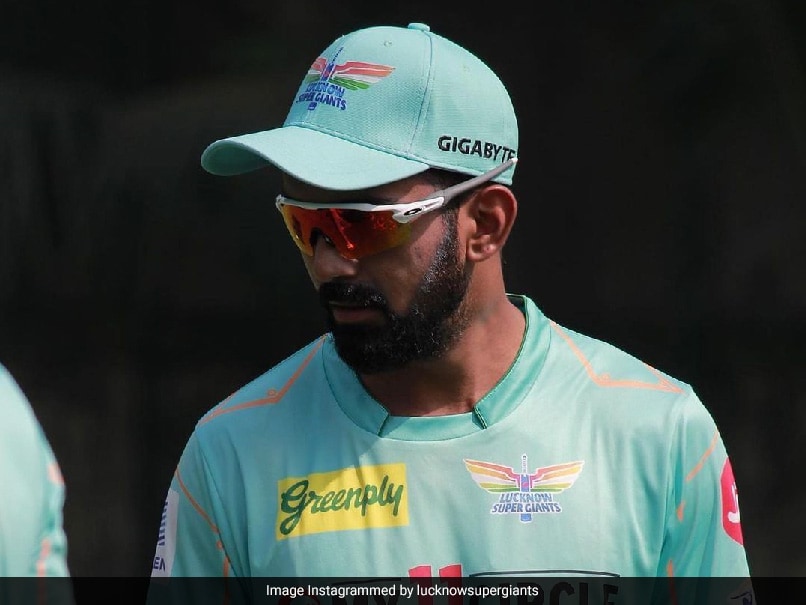 The two new Indian Premier League (IPL) teams -- Lucknow Super Giants (LSG) and Gujarat Titans (GT) -- will begin their IPL journey against one another at the Wankhede Stadium in Mumbai on Monday. LSG will be captained by KL Rahul while Hardik Pandya will lead GT as both teams will look to begin their season with a win under their belt. LSG could very well open with a deadly combination of KL Rahul and Quinton de Kock while the likes of Manish Pandey and Deepak Hooda can lend much-needed support in the middle-order. Andrew Tye and Avesh Khan can form a lethal fast bowling pair and trouble the GT batters.

Here's a look at the predicted XI of LSG for their match vs GT:

KL Rahul: Former captain of Punjab Kings, KL Rahul will aim for a bright start as he prepares to lead a new team with fresh faces against the Hardik-led side.

Quinton de Kock: Having opened for his previous franchise MI before, alongside Rohit Sharma and Ishan Kishan on separate occasions, De Kock will aim to stitch together a dangerous partnership at the top with the captain.

Evin Lewis: Lewis is considered to be one of the most destructive batters in the format. So far, Lewis has played 21 IPL games where he has scored 581 runs at a strike-rate of 138.

Manish Pandey: Pandey has been one of the mainstays for his previous franchises. His experience of 154 IPL matches could come in very handy and along with his leadership qualities, Rahul could also look towards him for advice.

Deepak Hooda: Hard-hitting batter Deepak Hooda was picked up by LSG for a whopping price of Rs 5.75 crore in the IPL mega auction in Bengaluru last month. Known for his aggressive mindset, Deepak boasts of a strike-rate of 129.54 in IPL cricket.

Krunal Pandya: All-rounder Krunal Pandya will look for a fresh start after a successful stint as a Mumbai Indians player in previous seasons. So far, he has scored 1,143 runs and taken 51 wickets in 84 IPL matches.

Krishnappa Gowtham: Gowtham has yet to prove his worth in IPL cricket. So far, he has played 24 matches where he has scored 186 runs and taken 13 wickets.

Ravi Bishnoi: A former Punjab Kings player, the young leg-spinner will be high on confidence after making an international debut recently.

Andrew Tye: Australia's Tye has been one of the most sought-after bowlers due to his clever variations and change in pace. He was brought in place of an injured Mark Wood. Tye has picked up 40 wickets in 27 IPL matches so far, at an economy of 8.46.

Ankit Rajpoot: Rajpoot has played in 29 IPL matches, taking 24 wickets at an average of 33.92.

Avesh Khan: Avesh impressed one and all with some breathtaking bowling performances for Delhi Capitals in the last two seasons of the IPL. Much will be expected of him for LSG by Rahul and team.

KL Rahul IPL 2022 Cricket Gujarat Titans vs Lucknow Super Giants, Match 4
Get the latest updates on India vs Australia and check out  Schedule, Results and Live Score. Like us on Facebook or follow us on Twitter for more sports updates. You can also download the NDTV Cricket app for Android or iOS.