IPL 2022: Kevin Pietersen's Hilarious Dig At CSK Star After His Dismissal vs PBKS 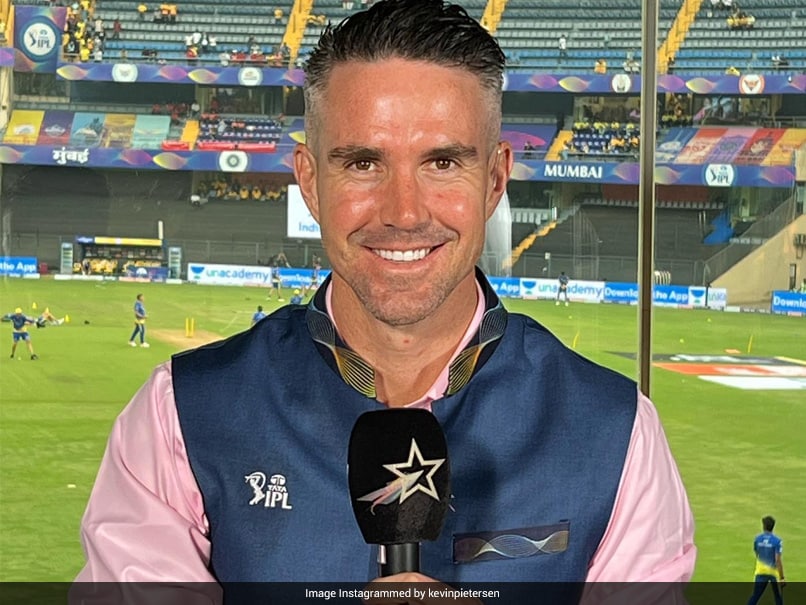 Chennai Super Kings suffered a sixth defeat in eight matches in the ongoing IPL 2022, losing to Punjab Kings by 11 runs on Monday night. CSK once again made a poor start in the chase and despite a stunning assault from Ambati Rayudu left themselves too much to do towards the backend of the innings. The team's batting has failed to come together this season and with Moeen Ali injured, they experimented by sending New Zealand's Mitchell Santner one-down. The experiment failed to bear fruit as Santner was sent packing for 9 off 15 balls by Arshdeep Singh.

Kevin Pietersen, who was on commentating duties at the time, was not impressed with Santner's tactics against Arshdeep. The former England star first dissected the dismissal before taking a dig at the New Zealander, saying "but he is a spinner".

CSK's defeat meant that they stay in ninth spot in the IPL points table with only two wins to their name this season. They are only above bottom-placed Mumbai Indians who are yet to win a match in IPL 2022.

Mitchell Santner IPL 2022 Punjab Kings vs Chennai Super Kings, Match 38 Cricket
Get the latest updates on India vs South Africa and check out  Schedule, Results and Live Score. Like us on Facebook or follow us on Twitter for more sports updates. You can also download the NDTV Cricket app for Android or iOS.