IPL 2022: Former Indian cricket team head coach Ravi Shastri left everyone in splits as he wished the likes of Mohammed Shami and Mohammed Siraj in his own unique style on the occasion of Eid. 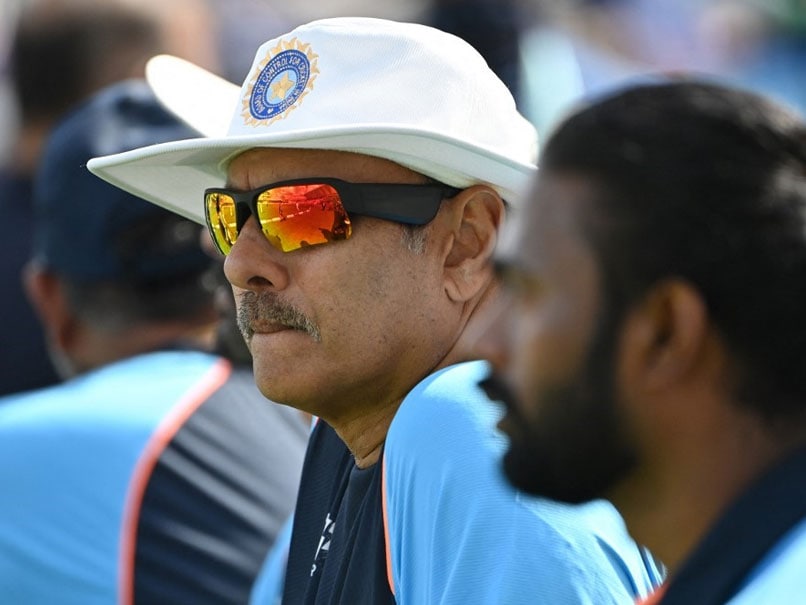 Former Indian cricket team head coach Ravi Shastri left everyone in splits as he wished fast bowlers Mohammed Shami and Mohammed Siraj in his own unique style on Eid on Tuesday. Taking to Twitter, Shastri advised Shami to concentrate on the game first and then enjoy his "Biryani". On the other hand, looking at the current dip in form for Siraj, Shastri hilariously suggested the pacer to have his "Biryani" twice. "Eid Mubarak to my Double Trouble! @MdShami11, aaj game hai ! Biryani baad. Aar ya paar. @mdsirajofficial tu do baar kha leh," wrote Shastri on Twitter.

Shastri's advice didn't have much of an effect on Shami's performance as he yielded 43 runs in his four overs and ended up on the losing side as Punjab Kings (PBKS) defeated an in-form Gujarat Titians (GT) by eight wickets on Tuesday.

Shami started on a positive note, claiming the crucial wicket of Jonny Bairstow for 1 run. But as the match went on, he seemed to have lost his accuracy and went for plenty specially to batter Liam Livingstone, who hit the pacer forIPL 2022's biggest six so far - 117m.

Siraj, meanwhile, is expected to line up for Royal Challengers Bangalore's (RCB) match against Chennai Super Kings (CSK) on Thursday.

The match is expected to be a high-octane clash. RCB are placed at the sixth spot in the IPL 2022 Points Table currently with 5 wins from 10 games. CSK, who are languishing at the ninth spot with 3 wins from 9 matches, will aim for their second consecutive win under skipper MS Dhoni.

Mohammad Shami IPL 2022 Cricket
Get the latest updates on Fifa Worldcup 2022 and check out  Fifa World Cup Schedule, Stats and Live Cricket Score. Like us on Facebook or follow us on Twitter for more sports updates. You can also download the NDTV Cricket app for Android or iOS.