"All These Runs Are Being Kept For...": Sunil Gavaskar Jokes About Virat Kohli's Form

Even as Royal Challengers Bangalore recorded a crucial victory against SunRisers Hyderabad in IPL 2022, Virat Kohli's struggles with the bat continued. 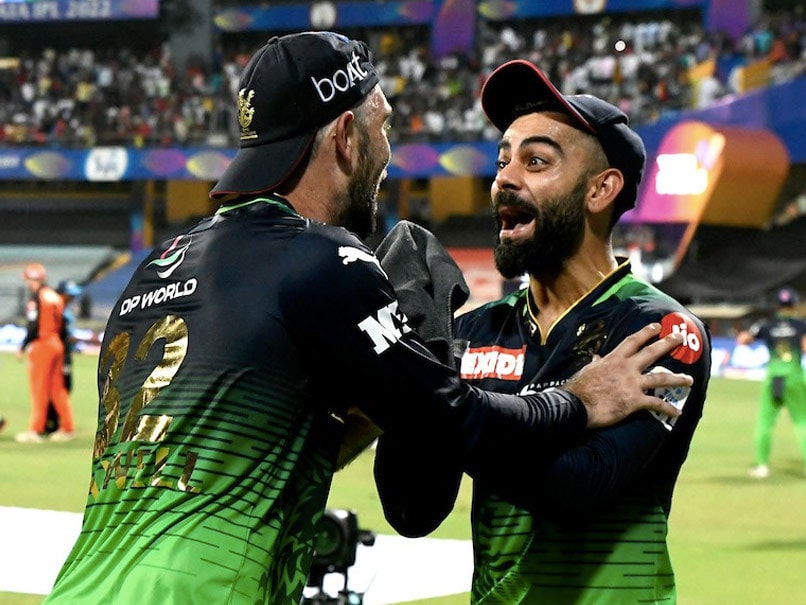 Even as Royal Challengers Bangalore recorded a crucial victory against SunRisers Hyderabad in IPL 2022, Virat Kohli's struggles with the bat continued. Kohli fell for his third golden duck of the season, taking his career tally in the IPL to six. RCB, however, did well to recover from the early blow and went on to score 192 for three, with captain Faf du Plessis hitting an unbeaten half-century. He was aided well by knocks from Rajat Patidar, Glenn Maxwell and Dinesh Karthik.

Wanindu Hasaranga then ran through the SRH batting to hand RCB a thumping 67-run victory.

After RCB's innings, former India captain Sunil Gavaskar joked on Star Sports about the "plus point" he derives from Kohli's current lean patch.

"The plus point for me is that all these runs are being kept for India," he said with a chuckle.

"India's got a busy season and all these runs are being kept for India," he said, much to the amusement of presenter Neroli Meadows and co-commentator Matthew Hayden.

Earlier, he said that it was difficult to judge a player's performance when he gets out first ball.

"I think when somebody gets out on the first ball, there's very little to judge, because if a man has been batting for a while you can tell about the fact that his feet are not moving or concentration is not there, but first ball when you get out, there's nothing you can really say," Gavaskar said about Kohli's dismissal.

With the win, RCB are fourth in the table with 14 points from 12 matches.

Sunil Gavaskar IPL 2022 Sunrisers Hyderabad vs Royal Challengers Bangalore, Match 54 Cricket
Get the latest updates on Fifa Worldcup 2022 and check out  Fifa World Cup Schedule, Stats and Live Cricket Score. Like us on Facebook or follow us on Twitter for more sports updates. You can also download the NDTV Cricket app for Android or iOS.