IPL 2021, MI vs SRH: After blasting 43 off just 22 balls, Jonny Bairstow got out hit-wicket off Krunal Pandya's bowling as SunRisers Hyderabad suffered yet another dramatic batting collapse and lost to Mumbai Indians by 13 runs. 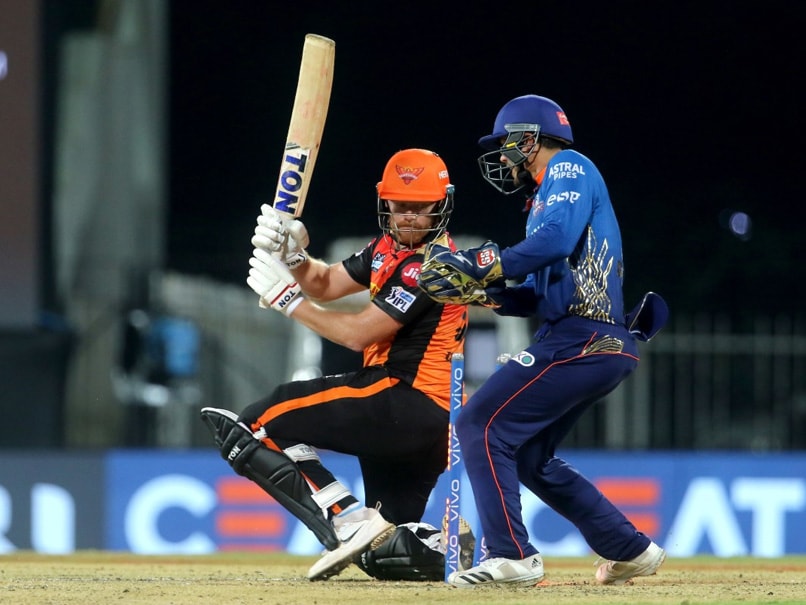 Jonny Bairstow, opening the batting for the first time this season, gave SunRisers Hyderabad (SRH) a head start in their run chase against Mumbai Indians with a quick-fire knock. The England wicket-keeper batsman was promoted up the order after Wriddhiman Saha, who had opened the batting in the  previous two matches, was dropped from the playing XI. Making most of the opportunity, Bairstow blasted 43 off just 22 balls as SRH raced to 67 for no loss after seven overs. With Mumbai bowlers struggling to keep him quiet, Bairstow's unfortunate dismissal gave them a ray of hope to pull things back.

In the eighth of the innings, Krunal Pandya bowled a short-of-a-length delivery and Bairstow went a tad too deep inside the crease in order to slog-sweep it over midwicket, with his back leg disturbing the furniture behind him leading to his departure.

Naturally, the Mumbai Indians supporters thanked Bairstow lending the helping hand, but the SRH fans were left disheartened for giving away the momentum. As expected the die-hard SRH fans were unhappy, but others took the opportunity to create a meme fest on Twitter.

Bairstow give his own wicket **#MIvSRH #bairstow
Every MI fan including me - pic.twitter.com/8tzNvSyumA

Some users even shocked that the wicket was credited to Krunal's account, robbing the batsman of his hard work for creating a wicket opportunity out of nothing.

How can bowler get the credit of hit wicket?#MIvsSRH #VIVOIPL pic.twitter.com/NAvGPH94tq

After Bairstow's departure, SRH lost four wickets at close interval, with Rahul Chahar picking three of them to bring Mumbai Indiansback in the contest, like the way he did in their previous game against Kolkata Knight Riders.

In the end, SRH suffered yet another dramatic batting collapse as Mumbai Indians bowled them out for 137 runs, sealing the match by 13 runs.

MA Chidambaram Stadium, Chennai IPL 2021 Cricket Mumbai Indians vs Sunrisers Hyderabad, Match 9
Get the latest updates on IPL Auction 2023 and check out  IPL 2023 and Live Cricket Score. Like us on Facebook or follow us on Twitter for more sports updates. You can also download the NDTV Cricket app for Android or iOS.