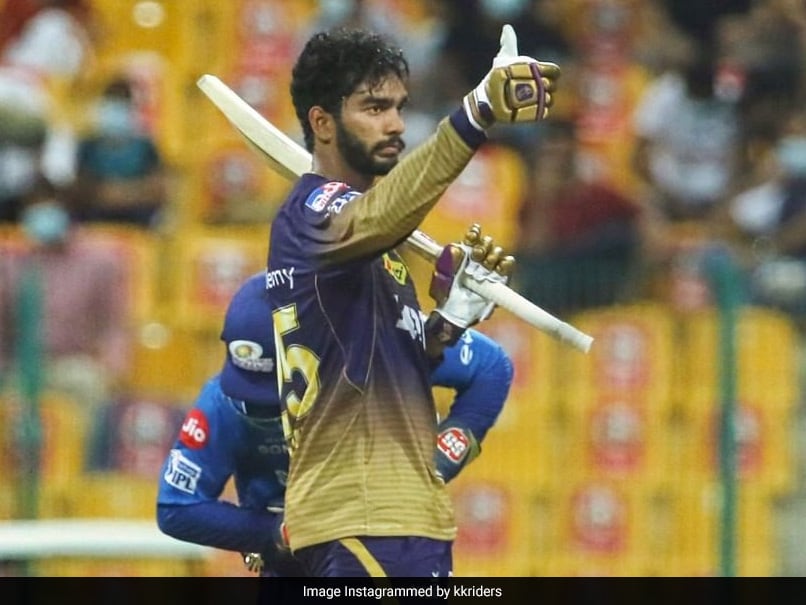 MI vs KKR: Venkatesh Iyer scored his maiden IPL fifty in the game vs MI.© Instagram

Kolkata Knight Riders (KKR) opener Venkatesh Iyer continued from where he left off in the previous game against Royal Challengers Bangalore (RCB) as he raced to his maiden IPL fifty during the ongoing second phase of the Indian Premier League (IPL) 2021. He registered a score of 53 runs off only 30 balls against a strong Mumbai Indians (MI) bowling line-up, something which garnered praise from former cricketers like Irfan Pathan and Matthew Hayden. Speaking on Star Sports' post-match show, Irfan stressed on the fact that Iyer didn't sit on his laurels against RCB and played with the same mindset and turned up again against Jasprit Bumrah and company.

"He did, he actually turned up better, especially against Bumrah, against Boult. Against the Mumbai Indians bowling line-up, he showed a lot of character. There is a lot more we are going to see of Venkatesh Iyer in the future," he explained.

"He got permission from his mother to play cricket. Wonderful stuff because lets face it fellas, we are all mummy's boys at some point," Hayden said.

KKR notched up a comfortable seven-wicket win as they chased down the target of 156 with 29 balls left.

Irfan Pathan Matthew Hayden IPL 2021 Cricket
Get the latest updates on India vs South Africa and check out  Schedule, Results and Live Score. Like us on Facebook or follow us on Twitter for more sports updates. You can also download the NDTV Cricket app for Android or iOS.