IPL 2021: With David Warner and Rashid Khan in their ranks, SunRisers Hyderabad (SRH) will be attempting to challenge top guns like Mumbai Indians (MI) and Delhi Capitals (DC) in the upcoming season. 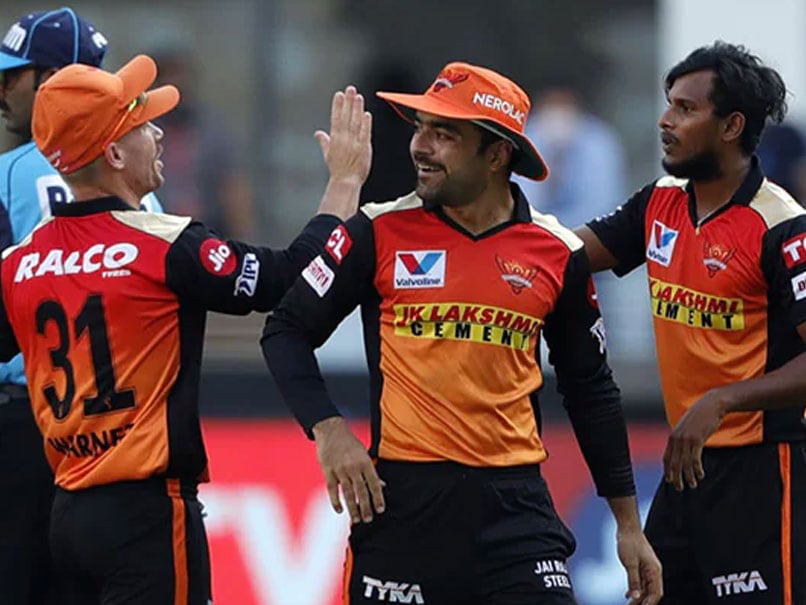 Having reached the playoffs in the previous Indian Premier League (IPL) season, SunRisers Hyderabad (SRH) will be aiming to go further in the upcoming edition, which is set to begin on April 9. Last season, in the United Arab Emirates (UAE), SRH claimed a top-four spot in dramatic fashion, finishing in third place. The David Warner-captained side begin their IPL 2021 season on April 11, when they take on Kolkata Knight Riders (KKR). Even before IPL 2021 began, SRH suffered a setback when all-rounder Mitchell Marsh pulled out due to personal reasons. But they roped in a replacement for the Australian cricketer, signing England's Jason Roy.

SRH also have a solid addition to their middle-order batting, with the arrival of Kedar Jadhav. The former CSK man could be a good acquisition and complement the team's quality top order. The franchise have an excellent top order, with Warner, Jonny Bairstow and Manish Pandey.

Having already won the IPL title once (2016), SRH will be attempting to challenge the top guns like Mumbai Indians (MI) and Delhi Capitals (DC) for a spot in the playoffs, and possibly even fight for the trophy.

SRH bought three new players during the IPL 2021 Player Auction, with the hope of building a better team for the new campaign.

The franchise were successful in their bid for all-rounder Kedar Jadhav, who was bought for Rs 2 crore.

Meanwhile, Afghanistan spinner Mujeeb-ur-Rahman was bought to give Rashid Khan company, for a price of Rs 1.5 crore. The bowler filled the only overseas spot left in the squad.

English batsman Roy went unsold during the auction but was later roped in by SRH due to the departure of Marsh.

The franchise has put their trust on Warner to continue leading the team. Bairstow, Williamson, Rashid Khan, Mohammad Nabi and Jason Holder are the other overseas players that were retained by the club.

Despite featuring in only four matches last season due to injury, Bhuvneshwar Kumar will be leading his side's bowling attack in IPL 2021. The star attraction of SRH's Indian contingent, he will be joined by T Natarajan, who has been hogging the limelight lately due to his international exploits.

Natarajan was a revelation during IPL 2020.

Meanwhile, Pandey will be aiming for more consistent performances with the bat.

SRH had a topsy-turvy campaign in the UAE, with seven wins and seven defeats from 14 matches. The franchise had a dramatic finish and managed to qualify for the playoffs in the penultimate match of their league phase, defeating Mumbai Indians.

In the knockout stage, they began with a win against Royal Challengers Bangalore (RCB) in the Eliminator, but lost the crucial Qualifer 2 against Delhi Capitals.

In terms of batting, Warner was his team's shining light, and finished third in the Orange Cap race, with 548 runs in 16 matches. He also registered four half-centuries.

Meanwhile, Rashid Khan was their top bowler, taking 20 wickets in 16 matches. He finished in sixth position for the Purple Cap race.

Jason Roy IPL 2021 Cricket
Get the latest updates on India vs South Africa and check out  Schedule, Results and Live Score. Like us on Facebook or follow us on Twitter for more sports updates. You can also download the NDTV Cricket app for Android or iOS.