Virender Sehwag Trashes RCB's Batting Display vs CSK, Says "Was In A Coma, I Even Took A Power Nap" 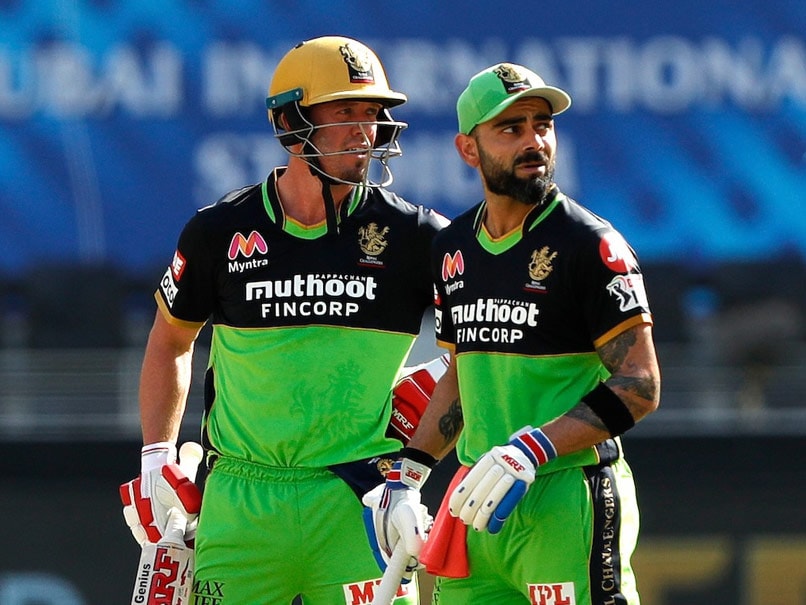 Chennai Super Kings derailed Royal Challengers Bangalore's bid to finish in the top two of the IPL 2020 points table, by dishing out an eight-wicket thrashing on Sunday. CSK, who are languishing at the bottom of the IPL points table, put in a brilliant all-round display to finally notch a win after three straight losses. For RCB it was a hard pill to swallow as a win would have taken them to the top of the table. Former India opener Virender Sehwag was not too impressed with RCB's batting display at the Dubai International Cricket Stadium, saying "their batting was in a coma. I even took a powernap in the middle".

"I said it yesterday, don't be surprised if Bangalore loses, but you all don't take me seriously. You keep saying Viru bhai is joking. Well, the real joke was on Cheeku (Virat Kohli) yesterday," Sehwag said in a comical video posted on his Instagram handle.

"They won the toss and chose to bat, got off to a good start as well. But what's this? ABD and Virat played together from the 7th over, and till the 18th over their batting was in a coma. I even took a powernap in the middle. When I woke up, they were still in the same place," added the former India cricketer.

Sehwag had another barb for RCB, who had changed their jersey for their 'Go Green' initiative.

"Yesterday, Cheeku's (Virat Kohli) army was in green. Looks like Gabbar MS (Dhoni) thought it was Pakistan and hammered them."

Despite Sehwag's playful video, his analysis was quite to the point. After losing Devdutt Padikkal in the seventh over, much was expected from the duo of Kohli and AB de Villiers, but the RCB pair never got going.

They relied heavily on taking singles and doubles, playing risk-free cricket but left it way too late to launch their attack despite having eight wickets remaining. And when they did decide to accelerate, lost wickets in a heap and were restricted to 146 for six.

CSK coasted in the chase Ruturaj Gaikwad finally coming good. The CSK opener hit a fine unbeaten 65 off 51 balls, with Faf du Plessis (25) and Ambati Rayudu (39) playing the supporting cast. There was even some time for MS Dhoni to score an unbeaten 19 as the CSK captain showed some batting form with couple of fine pull shots and a powerful drive over mid-off.

The win lifted CSK off the bottom but only momentarily as Rajasthan Royals shocked Mumbai Indians in the second game on Sunday to climb to sixth in the table, leaving Dhoni's team rock bottom again.

MS Dhoni IPL 2020 Royal Challengers Bangalore vs Chennai Super Kings, Match 44 Cricket
Get the latest updates on IND vs NZ 2021, check out the Schedule and Live Score . Like us on Facebook or follow us on Twitter for more sports updates. You can also download the NDTV Cricket app for Android or iOS.