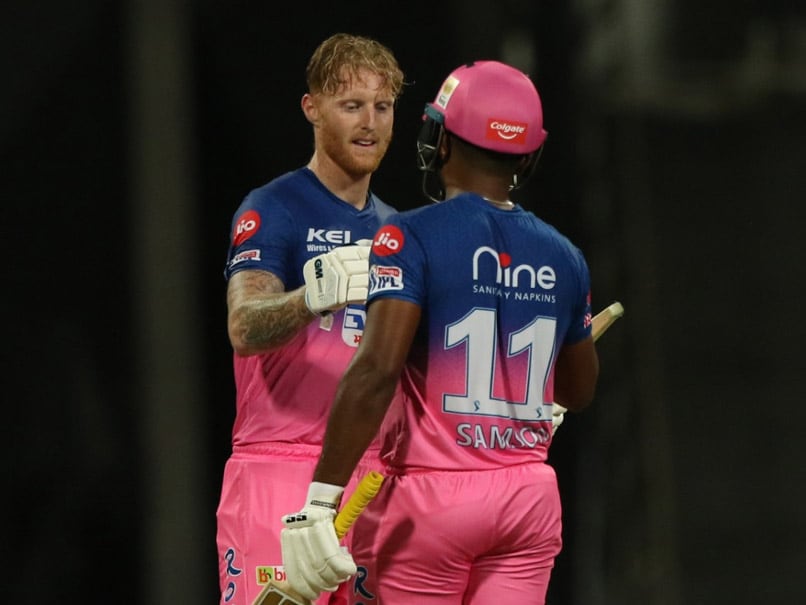 Ben Stokes hit his second Indian Premier League (IPL) century as Rajasthan Royals completed a thrilling chase against Mumbai Indians. After Mumbai Indians, without regular captain Rohit Sharma, posted 195 on the board on the back of Hardik Pandya's stunning half-century, Ben Stokes' 60-ball 107 and Sanju Samson's third half-century of the season propelled Rajasthan Royals to an 8-wicket victory in what was a must-win match for them. The result came as a knock-out blow for Chennai Super Kings, who are now out of contention for a top four finish.

Ben Stokes, whose only other IPL century also came in a big chase, showed his intent right from the start of the Royals' inning. Chasing a big total, Stokes did not face a delivery in the first two overs. In his first six deliveries, he smashed Trent Boult for 16 runs, to put the pressure right back on Mumbai Indians after Robin Uthappa got out to James Pattinson in the previous over.

From then on, it was a display of continued aggression from him. Stokes ensured the Royals didn't slow down, chasing a big total, even after Steve Smith chopped one on from Pattinson soon after.

Sanju Samson, who has struggled to find form after an explosive start to the season, took time to settle, before tearing into the bowlers.

Stokes hit a six off Boult's first delivery in the 19th over to get to his century and followed it up with a boundary off the next ball to lead the Royals to a crucial two points, keeping them alive in the race for the fourth spot.

Earlier, Jofra Archer gave the Royals an early breakthrough with Quinton de Kock's wicket in the first over.

But Saurabh Tiwary picked up the pace and Hardik Pandya went on a blitzkrieg as they went on to score 195.

Pandya finished with 60 off 21 deliveries.

With the win, Rajasthan Royals are now at 6th place in the IPL 2020 points table with 10 points from 12 games.

Jofra Archer IPL 2020 Cricket
Get the latest updates on ICC T20 Worldcup 2022 and CWG 2022 check out the Schedule, Live Score and Medals Tally. Like us on Facebook or follow us on Twitter for more sports updates. You can also download the NDTV Cricket app for Android or iOS.