IPL 2020: The image showed all four RCB stars standing next to each other, but it was Virat Kohli's caption that made everyone relate to the picture. 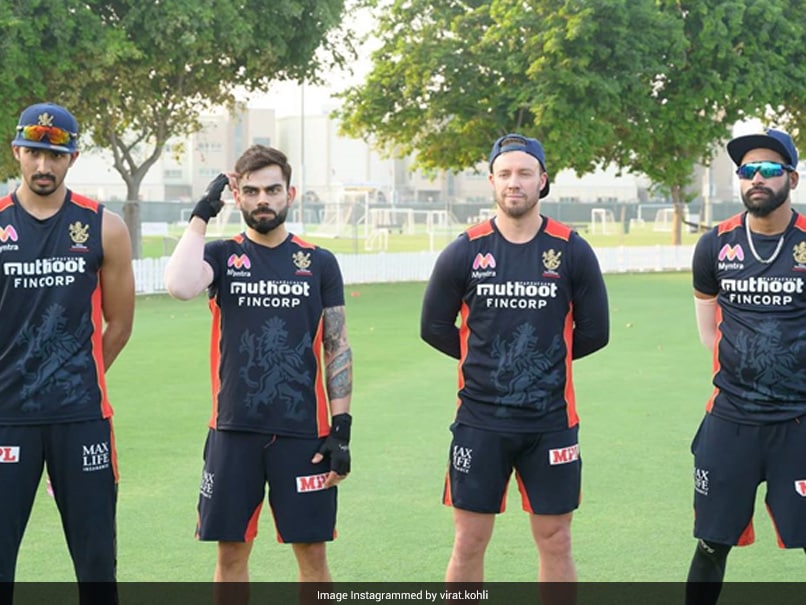 Virat Kohli-led Royal Challengers Bangalore (RCB) registered their seventh win of the season as they defeated Kolkata Knight Riders by eight wickets in a one-side affair at the Sheikh Zayed Stadium on Wednesday. After his side's win, the RCB skipper shared a group picture on Instagram with AB de Villiers, Devdutt Padikkaland Mohammed Siraj -- their standout performer from last night. While there was nothing much in the picture as it showed all four of them standing next to each other, it was Kohli's caption that made everyone relate to the picture. In the picture only de Villierscan be seen smiling while others have confused looks. While sharing the picture, Kohli wrote that it was something that took him back to "school days", reminding him of instances where four students from same class are standing but only one of them has completed his homework while the rest are aware that they are in trouble.

"This pic takes me back to school days. 4 guys from the same class, and AB is the kid who's finished homework and is prepared and the other 3 know they are in trouble." Kohli captioned the picture.

This pic takes me back to school days. 4 guys from the same class, and AB is the kid who's finished homework and is prepared and the other 3 know they are in trouble

SunRisers Hyderabad leg-spinner Rashid Khan couldn't stop himself from replying to the post and left a hilarious comments.

"And Siraj is even don't know that teacher has given us homework," Rashid commented. 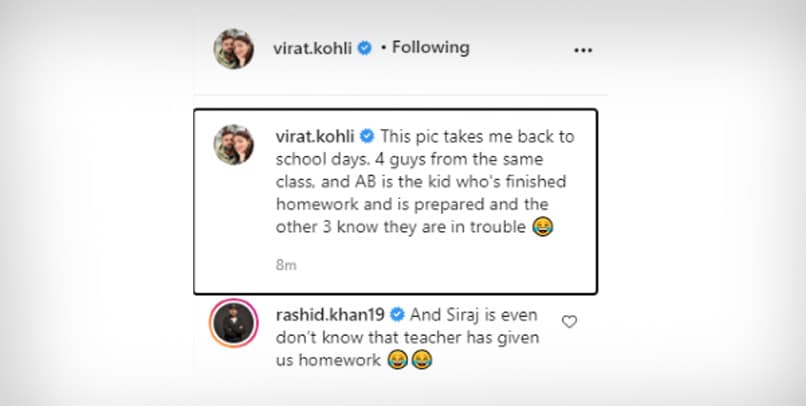 RCB are in tremendous form in the ongoing edition of the Indian Premier League (IPL) and with their win last night they climbed to second in the points table, with 14 points from 10 matches -- same as leaders Delhi Capitals.

Mohammed Sirajtore apart KKR's top-order picking up three wickets in his first two overs. He also became the first bowler in tournament's history to bowl two maiden overs in a match. His record breaking spell helped RCB restrict KKR to a paltry 84/8, which they chased down with ease in 13.3 overs. Kohli remained unbeaten on 18 off 17 balls, while Gurkeerat Singh Mann was not out on 26 runs.

AB de Villiers Devdutt Padikkal Mohammed Siraj IPL 2020 Cricket
Get the latest updates on IND vs NZ 2021, check out the Schedule and Live Score . Like us on Facebook or follow us on Twitter for more sports updates. You can also download the NDTV Cricket app for Android or iOS.