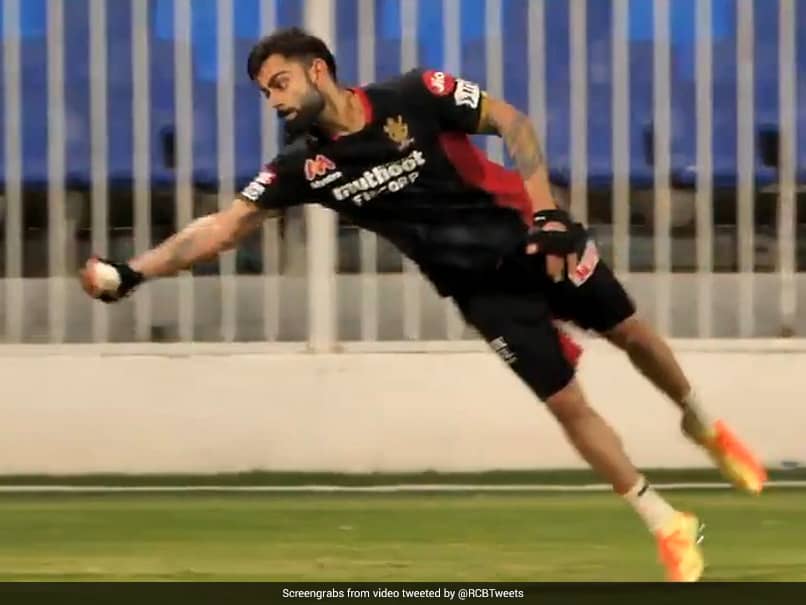 Virat Kohli is sweating it out in the UAE ahead of IPL 2020.© Twitter

Royal Challengers Bangalore (RCB) skipper Virat Kohli is in peak form as the training session progresses in the UAE ahead of IPL 2020. RCB were left struggling for words as the skipper held a diving, one-handed catch during training. The franchise shared a video shared on its official Twitter handle. "We're running out of things to say at this point, Skip!" read the caption. Kohli looked extremely focussed as he initially started taking his position to complete the catch, before making a dive to his right. The Team India skipper managed to remain in control of the ball completing a one-handed catch, before passing the ball back.

We're running out of things to say at this point, Skip! #PlayBold #IPL2020 #WeAreChallengers pic.twitter.com/4gRuKzsKCQ

Delhi Capitals (DC) wicketkeeper-batsman Rishabh Pant had completed a similar catch during a training session recently, which was visible in a slow-motion video of the moment shared by the franchise's official Twitter handle. "Even in slo-mo, @RishabhPant17 ends up taking this catch faster than the time you take to finish reading this," read the caption on the video.

Both the franchises have been training for the upcoming edition of the Indian Premier League (IPL), having completed the mandatory quarantine as per the government of the UAE and IPL guidelines. All teams have begun their training in the UAE barring the Chennai Super Kings (CSK).

The 13th edition of the IPL will be played in the UAE across three venues -- Dubai, Abu Dhabi, and Sharjah, from September 19 to November 10. Mumbai Indians (MI) will take on CSK in the first match of the tournament. However, the complete schedule is yet to be released.