Virat Kohli Birthday: RCB Captain Gets Good Wishes From Rival Camp Ahead Of Eliminator vs SRH

Happy Birthday Virat Kohli: Wriddhiman Saha was one of the reasons for SunRisers Hyderabad's late surge in form, and he took to Twitter to wish Virat Kohli ahead of his side's Eliminator against Royal Challengers Bangalore. 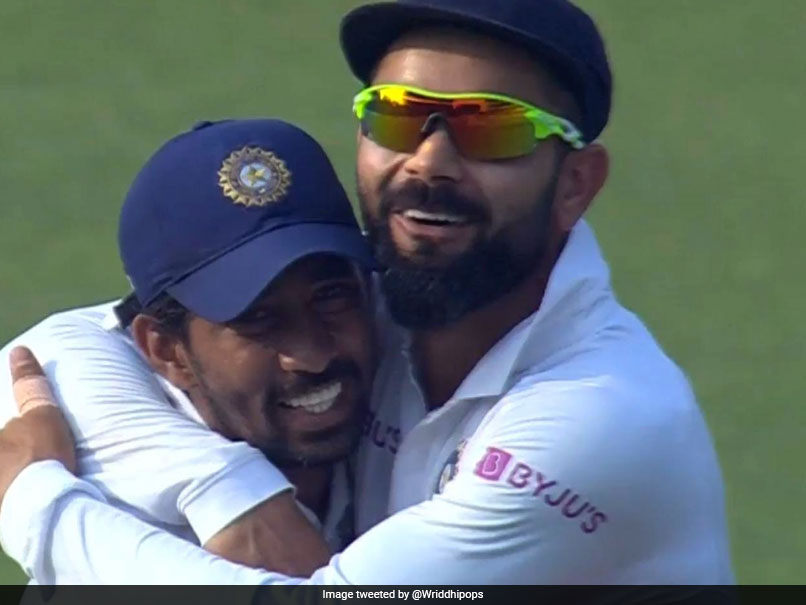 With SunRisers Hyderabad (SRH) set to face Royal Challengers Bangalore (RCB) in the Eliminator of the Indian Premier League (IPL) 2020, Wriddhiman Saha has taken to Twitter to wish opposition captain Virat Kohli on his birthday. The RCB captain turned 32 on Thursday, and finds himself closer to his first-ever IPL title. The sides face off on Friday at the Sheikh Zayed Stadium in Abu Dhabi. Saha took to Twitter with a photo of the duo in India's Test colours, and wrote, "Happy Birthday @imVkohli ! To all the amazing times we've had together this year, & here's to many more! Wishing you a wonderful birthday..lots of love and good-wishes!"

Happy Birthday @imVkohli ! To all the amazing times we've had together this year, & here's to many more! Wishing you a wonderful birthday..lots of love and good-wishes! pic.twitter.com/HK1oQ6GKD3

In the UAE, Kohli has been in top form for RCB, scoring 460 runs in 14 games, at a strike rate of 122.01. He has also slammed three fifties. His boundary count consists of 23 fours and 11 sixes. This season, he is currently fifth in the race for Orange Cap.

Saha began to get his chances in the second half of the season, has played in four matches. He has scored 214 runs at a strike rate of 139.86. He has also grabbed two fifties. He has notched 24 fours and five sixes.

RCB finished in fourth position in the league phase, with 14 points from 14 matches. They won seven fixtures and lost seven. Meanwhile, SRH had to wait till the final day of the league phase, when a win against Mumbai Indians (MI) propelled them to third spot in the table, in an otherwise rather erratic season.

Virat Kohli IPL 2020 Cricket Sunrisers Hyderabad vs Royal Challengers Bangalore, Eliminator
Get the latest updates on IPL 2021, check out the IPL 2021 Schedule and Indian Premier League Live Score . Like us on Facebook or follow us on Twitter for more sports updates. You can also download the NDTV Cricket app for Android or iOS.