IPL 2020, RCB vs KXIP, Royal Challengers Bangalore vs Kings XI Punjab: Players To Watch Out For

IPL 2020, RCB vs KXIP: Chris Gayle will be featuring in his first match of the ongoing season, and will hope to help Kings XI Punjab grab their second win when they face Royal Challengers Bangalore. 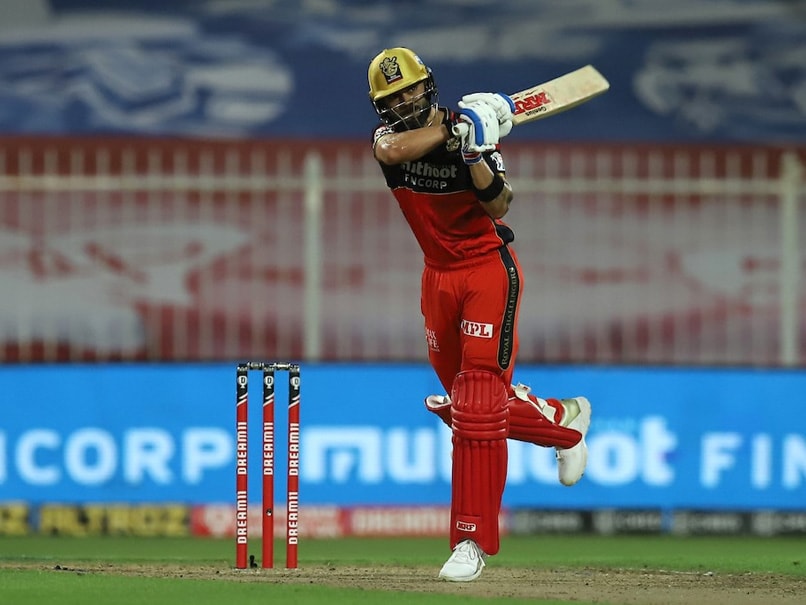 IPL 2020, RCB vs KXIP: Virat Kohli will be hoping to continue his fine form this season© BCCI/IPL

With the Indian Premier League (IPL) 2020 season having already crossed its halfway mark, Royal Challengers Bangalore (RCB) face Kings XI Punjab (KXIP) at the Sharjah Cricket Stadium, in Sharjah, United Arab Emirates (UAE). The match takes place on October 15. Both sides will be aiming for a win, with RCB currently at third spot, and KXIP are stuck at bottom of the eight-team table. The sides have already met in sixth match of the season, with KL Rahul's unbeaten 132-run knock helping KXIP to a 97-run win. In their last three matches, RCB has won two matches and lost one. Meanwhile, KXIP have crashed to defeats in the previous three fixtures. It is worth noting that star batsman Chris Gayle will be back for KXIP, having recovered from a stomach bug. The West Indies cricketer hasn't featured in any match this season. It will be interested to see how he reacts to the likes of Navdeep Saini.

Virat Kohli:The RCB captain has rediscovered his form, which seemed to be missing in the early stages of this season. He was particularly impressive against Chennai Super Kings (CSK), scoring an unbeaten knock of 90 runs from 52 deliveries. CSK lost by 37 runs. In the ongoing season, the Indian skipper has played in seven matches, scoring 256 runs, with strike rate of 127.36. He has registered two fifties, 14 fours and seven sixes.

AB de Villiers:One of the best in T20 cricket, AB de Villiers is a crucial cog in RCB's batting order, along with his wicketkeeping skills. In the ongoing season, he has scored 228 runs in seven fixtures, with a strike rate of 185.36. In his team's previous match, his unbeaten 73-run knock vs Kolkata Knight Riders (KKR) helped RCB grab two points. De Villiers slammed five fours and six sixes against the CSK bowlers.

Yuzvendra Chahal: Having become RCB's most potent bowling threat and Kohli's main weapon in crucial situations, the Indian leg spinner is considered by many to be the best leg spinner in IPL, with stiff competition from Rashid Khan. This season, he has grabbed 10 wickets from seven matches, at an economy of 7.07. Chahal was clinical against KKR at Sharjah Cricket Stadium, grabbing a wicket in four overs and conceding only 12 runs at an economy of 3.00.

KL Rahul:Currently leading the runs chart in IPL 2020, the KXIP skipper's form has not been a true reflection of his side's form in the ongoing season. The wicketkeeper-batsman has already grabbed 387 runs from seven matches, having grabbed a ton and three fifties. He will be hoping to put in another match-winning display against RCB, and his team will need to follow suit.

Chris Gayle:The swashbuckling batsman hasn't played in a single game this season, and also recently recovered from a stomach. He will be featuring against RCB, as confirmed by him. During the 2019 season, he grabbed 490 runs, at a strike rate of 153.60. He also slammed 45 fours and 34 sixes. Gayle will be aiming to begin his campaign on a good note, and could help his side grab their second win of the season.

Mohammed Shami: Leading the KXIP bowling unit, the Indian pacer will be tasked with helping his side grab their second win of IPL 2020. Shami has been decent in the ongoing season, registering 10 wickets from seven matches, at an economy of 8.36.

Mohammed Shami IPL 2020 Royal Challengers Bangalore vs Kings XI Punjab, Match 31 Cricket
Get the latest updates on India vs South Africa and check out  Schedule, Results and Live Score. Like us on Facebook or follow us on Twitter for more sports updates. You can also download the NDTV Cricket app for Android or iOS.