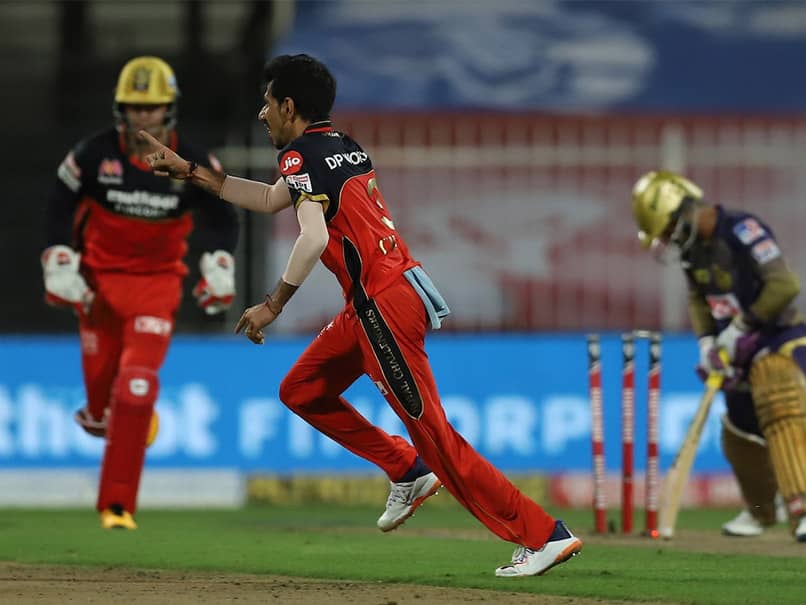 Yuzvendra Chahal has been in excellent form during the ongoing Indian Premier League (IPL) 2020 season for Royal Challengers Bangalore (RCB). The spinner has played a crucial role in their five wins. In their recent fixture, RCB coasted past Kolkata Knight Riders (KKR) with ease, defeating them by 82 runs and Chahal had an important role in that result. He grabbed the crucial wicket of Dinesh Karthik. After the win, Chahal took to Twitter to praise his side's win, to which former India international Yuvraj Singh gave a cheeky reply. The 2011 ODI World Cup winner replied, "Tu kisi ko nahi marne de raha ! Lagta hai maidan par vapas aana padega! Great spell Yuzi top class". The former India international's reply roughly means that he should make a return to the field, as nobody has been able to play against Chahal in the ongoing IPL season.

Yuvraj teased Chahal for his brilliant spell, where he only conceded 12 runs in four overs and registered a dismissal.

Chahal had originally tweeted, "No one can whistle a symphony. It takes a whole orchestra to play it. Great team effort tonight".

In the ongoing IPL season, Chahal has grabbed 10 wickets in seven fixtures, conceding only 191 runs with a 7.07 economy.

RCB are currently third in the eight-team table. In their last three fixtures, they have won two and crashed to a defeat.

Yuvraj Singh
Get the latest updates on IPL 2020, check out the IPL Schedule for 2020 and Indian Premier League (IPL) Cricket live score . Like us on Facebook or follow us on Twitter for more sports updates. You can also download the NDTV Cricket app for Android or iOS.