IPL 2020, RCB vs KKR: Ben Stokes Feels Yuzvendra Chahal Should Have Been Man Of The Match Against Kolkata Knight Riders 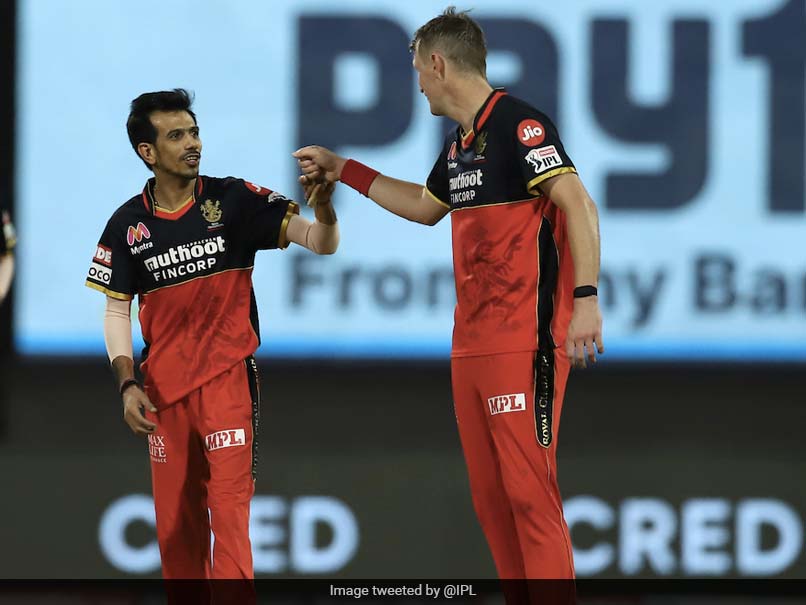 IPL 2020, RCB vs KKR: Yuzvendra Chahal has been in excellent form this season© Twitter

England and Rajasthan Royals' (RR) all-rounder Ben Stokes has said that Yuzvendra Chahal should have been the Man of the Match in the Indian Premier League (IPL) 2020 game between Royal Challengers Bangalore (RCB) and Kolkata Knight Riders (KKR). His remark came as RCB defeated Kolkata Knight Riders (KKR) by 82 runs at the Sharjah Cricket Stadium on Monday. While chasing 195, the Dinesh Karthik-led KKR was restricted to 112/9 as Chris Morris and Washington Sundar scalped two wickets each.

"In a batters game @yuzi_chahal should get MOM here,incredible figures especially as it's in Sharjah," Stokes tweeted.

In a batters game @yuzi_chahal should get MOM here,incredible figures especially as it's in Sharjah

So far in the ongoing IPL, Chahal has managed to take 10 wickets and he is on the fifth place in the leading wicket-takers list for IPL 2020.

While batting first, RCB posted a total of 194/2 in the allotted twenty overs. AB de Villiers played a knock of 73 runs from just 33 balls with the help of five fours and six 6s.

For his unbeaten knock of 73, de Villiers was awarded the Man of the Match.

Virat and de Villiers shared an unbeaten partnership of 100 runs. For KKR, Varun Chakravarthy was the most economical bowler as he finished his four overs with figures of 0-25. RCB had scored 83 runs in the last five overs of their innings.

RCB will next take on Kings XI Punjab on October 15 while KKR will lock horns with Mumbai Indians on October 16. RCB is currently at the third position in the points table while KKR is in fourth place.

Yuzvendra Chahal Royal Challengers Bangalore vs Kolkata Knight Riders, Match 28 Cricket
Get the latest updates on ICC T20 Worldcup 2022 and CWG 2022 check out the Schedule, Live Score and Medals Tally. Like us on Facebook or follow us on Twitter for more sports updates. You can also download the NDTV Cricket app for Android or iOS.