IPL 2020, RCB vs KKR, Royal Challengers Bangalore vs Kolkata Knight Riders: Players To Watch Out For

IPL 2020, RCB vs KKR: Virat Kohli is an automatic choice when it comes to individuals who can turn a match single-handedly, but he faces the combined efforts of a quietly confident KKR unit. 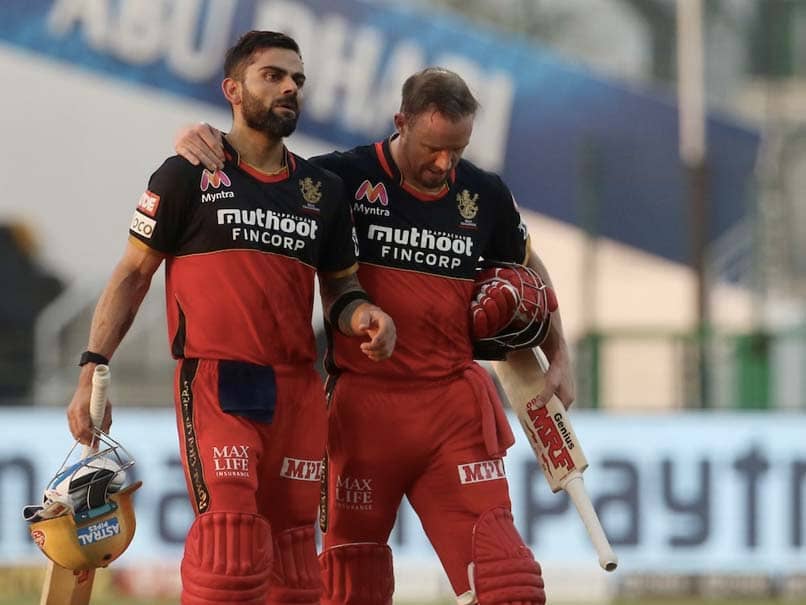 Locked on the same number of points, Royal Challengers Bangalore (RCB) and Kolkata Knight Riders (KKR) are separated only by net run-rate on the IPL Points Table. Both teams won their previous matches, but in contrasting fashion. RCB outplayed CSK for much of the game with skipper Virat Kohli leading from the front. KKR, on the other hand, had the opposition to thank for their win. KXIP were strolling in the chase, but once again conjured up a way to throw away the game. KKR might not have the same luck against RCB and will need to get their A game to the table to have any chance of getting past Virat Kohli's high-flying team.

Virat Kohli: The Kings is back and how. Many were wondering if the coronavirus-enforced break might adversely affect Virat Kohli's form and the RCB captain started off IPL 2020 slowly, only fuelling such talk. However, as the tournament has progressed, any such notion has quickly been quashed by arguably the greatest batsman of the current era. The RCB skipper was in top form, smashing an unbeaten 90 off just 52 balls to blow away CSK single-handedly.

AB de Villiers: The South African great started the tournament with two half-centuries in three matches, but seems to have gone off the boil a bit in recent games. AB de Villiers was dismissed for a duck during RCB's win over CSK but with the venue shifting to Sharjah, a high-scoring ground so far, it might just be the tonic De Villiers needs to get back into form.

Chris Morris: The South African all-rounder made a dream debut for RCB against CSK in Dubai. The lanky South African had not played a single game in IPL 2020 but made an instant impact with the ball, picking up three wickets and giving away just 19 runs off his four overs. With RCB's next two matches in Sharjah, Morris could be just as crucial with the bat in hand.

Shubman Gill: The stylish right-hander is hot on the heels of Virat Kohli, having scored 220 runs in six matches this season, three runs less than the RCB skipper. Shubman Gill has played with great maturity, anchoring the innings as others around him smash it around the park. He hit a fine 57 in the match against Kings XI Punjab, his third 40-plus score this season.

Dinesh Karthik: The KKR skipper has had a torrid time with the bat in IPL 2020, with many calling for his head. However, Dinesh Karthik showed on Saturday, he still has a lot to give. The wicketkeeper-batsman walked in with his team in a spot of bother but smashed a 29-ball 58 to give much-needed impetus to the KKR innings, helping put up a winning total on the board.

Sunil Narine: Unable to provide the fiery starts up the order, Sunil Narine really needed to prove his worth to the team and did just that against KXIP. Thrown the ball, when it seemed all was finished, Narine pulled a rabbit out of the hat to leave the opposition shell-shocked. His third over against Punjab, turned the match on its head, and in the end, he held his nerve to get KKR over the finish line.

Sunil Narine IPL 2020 Royal Challengers Bangalore vs Kolkata Knight Riders, Match 28 Cricket
Get the latest updates on IPL 2020, check out the IPL Schedule for 2020 and Indian Premier League (IPL) Cricket live score . Like us on Facebook or follow us on Twitter for more sports updates. You can also download the NDTV Cricket app for Android or iOS.