IPL 2020, RCB vs DC, Royal Challengers Bangalore vs Delhi Capitals: Players To Watch Out For

IPL 2020, RCB vs DC: Royal Challengers Bangalore and Delhi Capitals are in the top half of the Points Table and a win will be vital for both sides. 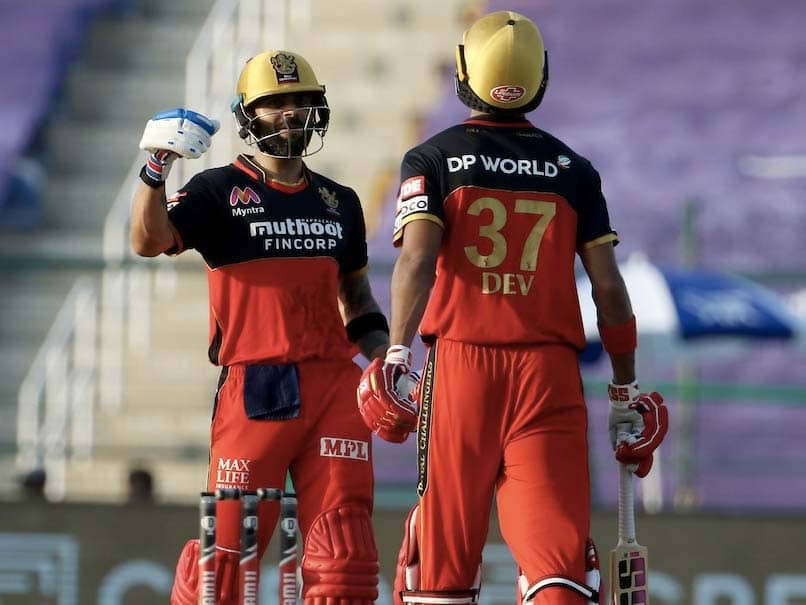 RCB vs DC: Virat Kohli and Devdutt Padikkal starred with the bat for RCB in their previous match.© BCCI/IPL

Delhi Capitals and Royal Challengers are two teams in the top half of the IPL 2020 Points Table, separated only by net run-rate. Delhi Capitals are second while RCB are third, both with a game in hand over table-toppers Mumbai Indians, who also have six points. So, win for either team will see them climb to the top. The match will pit a relative new leader in Shreyas Iyer against the might and tenacity of Virat Kohli. Both teams boast of some phenomenal batting talent but it is the bowling department that could in the end decide the outcome of the match.

Virat Kohli: RCB fans, Virat Kohli fans and Indian cricket fans will all be feeling a bit relieved after the batting superstar finally got going in IPL 2020 after three failures. The Indian skipper finally made his presence felt this season with an eye-catching 72 off 53 balls in the win over Rajasthan Royals. Kohli's return to form will be a massive relief for the team.

Devdutt Padikkal: It's hard to leave out AB de Villiers but that's how well the left-handed youngster has done for RCB this season. Few had heard of Devdutt Padikkal before the start of IPL 2020, but the 20-year-old has outshone massive names like Aaron Finch, De Villiers and Kohli himself to be RCB's top-scorer so far this season. Padikkal has scored a total of 174 runs in four matches at an average of 43.50, which includes three half-centuries.

Yuzvendra Chahal: Over the years, RCB's Achilles heel has been their bowling but one man has taken it upon himself to set that record right. Yuzvendra Chahal has been nothing short of brilliant for his team this season. He has played all four matches and has taken eight wickets at an impressive economy rate of 7.18, which sees him sit atop the highest wicket-takers list this season.

Shreyas Iyer: There was a lot expected from the Delhi Capitals skipper going into the tournament, but Iyer didn't set the stage alight in the first three matches. He did get starts but failed to make them count. But against Kolkata Knight Riders, Iyer unleashed the storm within and smashed the opposition to all parts of Sharjah. The stylish right-hander scored 88 off just 38 balls, including seven fours and six sixes, at a strike-rate of 231.57. If this continues, Delhi will be favourites to reach the playoffs.

Rishabh Pant: The wicketkeeper-batsman has looked good in parts but like Iyer had failed to really leave his mark this season. But against KKR, Rishabh Pant seemed to be back to his explosive best. The left-hander whacked 38 runs off just 17 balls at a strike-rate 223.52 to send out a warning to the rest of the rivals in the Indian Premier League.

Anrich Nortje: As mayhem unfolded in Sharjah with both teams breaching the 200-run barrier, one bowler kept his calm to deliver the goods. Anrich Nortje came in as a replacement for Chris Woakes in the Delhi squad and has thrived alongside countryman Kagiso Rabada. Even when Rabada was being plundered for runs, Nortje returned with figures of 3/33 against KKR to take his team to victory.

Rishabh Pant Anrich Nortje IPL 2020 Royal Challengers Bangalore vs Delhi Capitals, Match 19 Cricket
Get the latest updates on IPL 2020, check out the IPL Schedule for 2020 and Indian Premier League (IPL) Cricket live score . Like us on Facebook or follow us on Twitter for more sports updates. You can also download the NDTV Cricket app for Android or iOS.