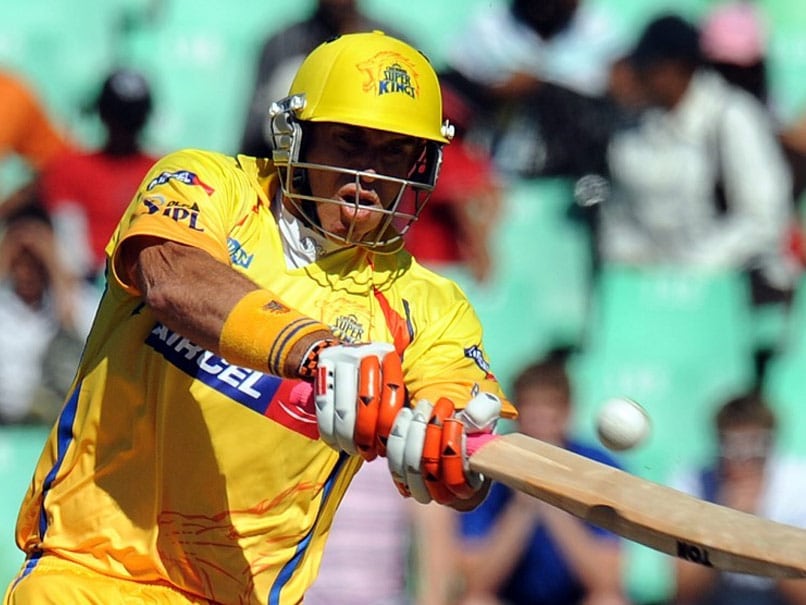 Matthew Hayden took a trip down memory lane and spoke about his favourite moments for CSK.© AFP

Former Australia and Chennai Super Kings opener Matthew Hayden tweeted a video where he spoke about his favourite moments from the Indian Premier League (IPL). "The @IPL has been a huge part of all our lives. Wanted to share my favourite #MyIPLmoment to fill the gap before live action starts again," the left-handed former batsman tweeted. Hayden said one of the greatest moments in his life was when he got the chance to meet the Dalai Lama during the third season of the IPL in 2010. He also spoke about the "cracker" of the match that followed against Kings XI Punjab.

The @IPL has been a huge part of all our lives. Wanted to share my favourite #MyIPLmoment to fill the gap before live action starts again. I would like to nominate @ImRaina to share his favourite IPL moment. Bless you all @ChennaiIPL @mipaltan pic.twitter.com/4lMytmHFiP

Hayden also spoke about the final of that season, when CSK were crowned champions for the first time, against Mumbai Indians, and the catch he took to dismiss a dangerous Kieron Pollard in that match.

Responding to Hayden, Raina recalled the Australian's blistering knock of 93 against Delhi Daredevils in the same season. Delhi had scored 185 on a turning track on the back of a quickfire 74 from former India opener Virender Sehwag.

Hayden, batting with the 'mongoose' bat, made short work of the chase however, smashing 93 off just 43 deliveries.

"Every ball was going out of the park," Raina reminisced.

Beautiful memories of #Yellove & @IPL brother @HaydosTweets. One of my favourite innings with you is CSKvsDD from 2010, where I got your autographed bat which is a very precious part of my collection till date. Here I pass it on to @faf1307 to share his favourite moments of #IPL. https://t.co/mWU9CwsvJz pic.twitter.com/06NdAqSnEc

Raina, who captained CSK in that match in MS Dhoni's absence, also recalled how Hayden had signed the bat he used in that match and given it to him.

Golden memories of @IPL with my brother @HaydosTweets. Thanks for this precious bat, it will always top my collection. @ChennaiIPL pic.twitter.com/I1JvFZSyPO

Raina tweeted a photo of the autographed bat. He also nominated Faf du Plessis to share his favourite IPL moment.

Suresh Raina Cricket
Get the latest updates on T20 World Cup, check out the T20 World Cup Schedule and Live Score . Like us on Facebook or follow us on Twitter for more sports updates. You can also download the NDTV Cricket app for Android or iOS.