With the bio-bubble the talk of the town ahead of IPL 2020, Kolkata Knight Riders shared a hilarious throwback photo from 2012. 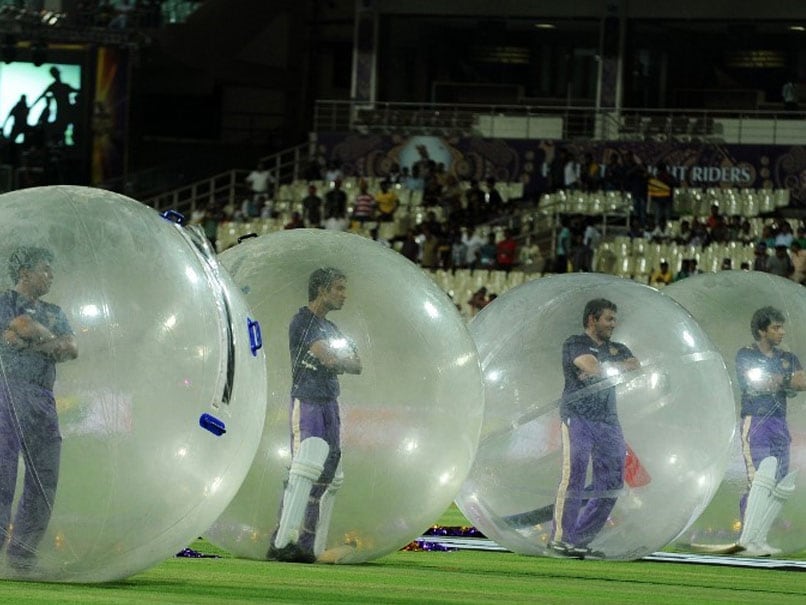 Players will be allowed to enter the IPL's bio-bubble if they return negative in all COVID-19 tests.© AFP

Kolkata Knight Riders (KKR) took to Twitter to share an image from the opening day of the 2012 edition of the Indian Premier League (IPL), which shows the players standing inside plastic bubbles. "Did someone say (bio-secure) bubble? We've been mastering the art at #EdenGardens since our 2012 opening clash!" the Kolkata-based franchise captioned the post. "PS. If you remember this, you've been a #KKR fan from a long time," they added. KKR, along with other teams, will be eligible to enter the tournament's bio-bubble and start training if the players clear medical tests scheduled on day 1, 3 and 6 of their quarantine.

Did someone say (bio-secure) bubble?

We've been mastering the art at #EdenGardens since our 2012 opening clash!

PS. If you remember this, you've been a #KKR fan from a long time

At this point, however, all franchises are in quarantine in the United Arab Emirates (UAE) ahead of the 13th edition of the IPL.

The Knight Riders have attempted to ensure the utmost possible fitness for their players, with special workout routines over group video calls under the guidance of former Olympic sprinter Chris Donaldson. Donaldson has been appointed as the team's Strength and Conditioning Coach for IPL 2020.

KKR, led by Team India batsman Dinesh Karthik, failed to reach the playoffs in the previous edition of the tournament following a defeat against eventual winners Mumbai Indians (MI) by a margin of nine wickets, in their final group clash.

The 13th season of the cash-rich league will get underway on September 19. Chennai Super Kings (CSK) will take on MI in the opening clash of the tournament, which was originally scheduled to begin on March 29 before being postponed due to the coronavirus pandemic.

Kolkata Knight Riders Cricket
Get the latest updates on India vs South Africa and check out  Schedule, Results and Live Score. Like us on Facebook or follow us on Twitter for more sports updates. You can also download the NDTV Cricket app for Android or iOS.