Shane Watson was among the first to reach the UAE for IPL 2020 and is now undergoing a seven-day quarantine. 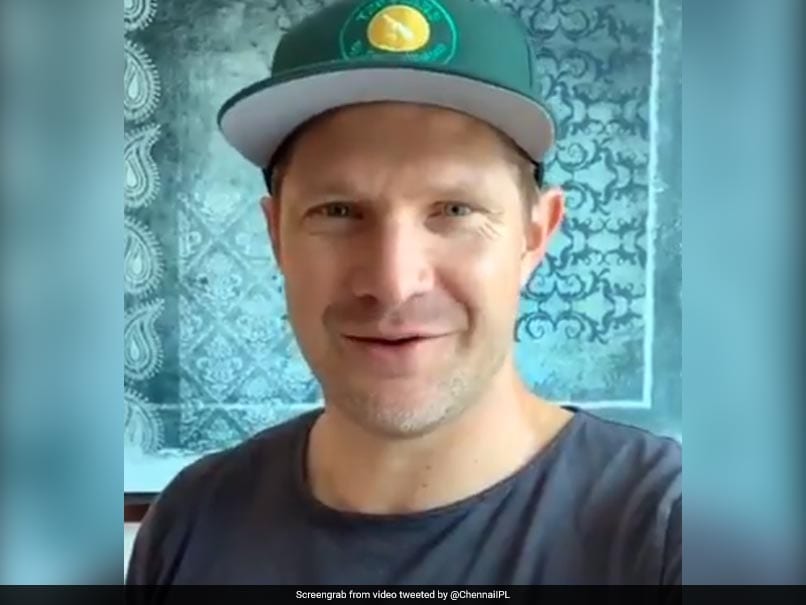 In the video, Shane Watson talked about how he will be spending time in isolation for the next 7 days.© Twitter

Chennai Super Kings (CSK) batsman Shane Watson reached Dubai for the Indian Premier League (IPL) and is now under quarantine for seven days. CSK took to Twitter to share a video message posted by Shane Watson in which he talks about how he will be spending time in isolation for the next seven days. CSK's official Twitter handle captioned the post and wrote, "Watto Man opens the innings with a 7!". In the video, Shane Watson shows his room which is facing the iconic Burj Khalifa. Watson in the video message says, "I am going to do some exercises and walk up and down the room and get ready for the training camp of CSK". He also said, "I am so excited to be back here for another IPL campaign".

The former Australian international is the first player from the CSK squad to arrive in Dubai for the upcoming edition of the IPL. In last year's IPL final, the right-handed batsman played a brilliant knock of 80 from 59 balls but couldn't help his team win the game.

The rest of the squad, including MS Dhoni, embarked on their journey on Friday.

The IPL was originally scheduled to begin from March 29 but got postponed due to the coronavirus pandemic. As the number of coronavirus cases consistently increased in the country, the Board of Control for Cricket in India (BCCI) decided to move this year's edition to the UAE.

The first match of the cash-rich league will be played on September 19.