Rajasthan Royals, Kings XI Punjab and Kolkata Knight Riders landed in the United Arab Emirates for IPL 2020 and will begin their six-day isolation. 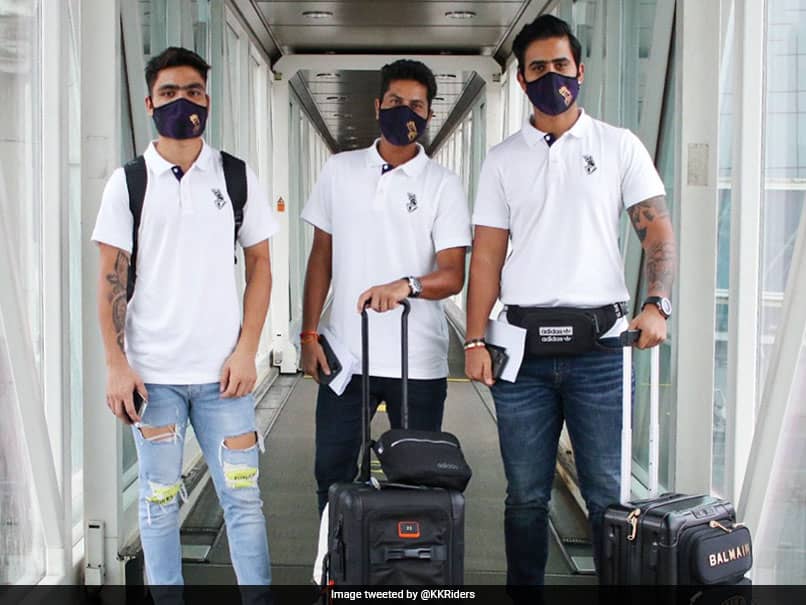 Kolkata Knight Riders players landed in Dubai for the IPL on Thursday.© Twitter

Rajasthan Royals, Kings XI Punjab and Kolkata Knight Riders on Thursday arrived in the UAE for the IPL beginning September 19, setting the ball rolling for an event that many thought would not take place amid the COVID-19 pandemic. Royals and KXIP landed in Dubai via a charter flight, which will be the norm this IPL due to the ongoing health crisis. A little later in the evening, Kolkata Knight Riders arrived in Abu Dhabi, their base for the tournament.

The players, who were already tested multiple times before departure, will now undergo a six-day isolation period with testing on days 1, 3 and 6.

If they clear all the tests, they will be eligible to enter the tournament's bio-bubble and start training.

Subsequently, the players and support staff will be tested every fifth day of the tournament.

All three teams posted pictures of their players and support staff before departure.

The Royals squad was fully covered in protective gear.

Defending champions Mumbai Indians, Chennai Super Kings and Royal Challengers Bangalore will arrive in the UAE on Friday while the the other two teams, Sunrisers Hyderabad and Delhi Capitals, will land over the weekend.

Sixty games will be played over 53 days across three venues -- Dubai, Abu Dhabi and Sharjah.

In 2014, UAE had hosted the IPL partially due to the general elections in India.

The postponement of the T20 World Cup in Australia created a window for the IPL, which was supposed to take place in March-May before the BCCI postponed it indefinitely due to the pandemic.