IPL 2020, SRH vs DC: SunRisers Hyderabad defeated Delhi Capitals by 88 runs and the celebrations turned into quite a riot. 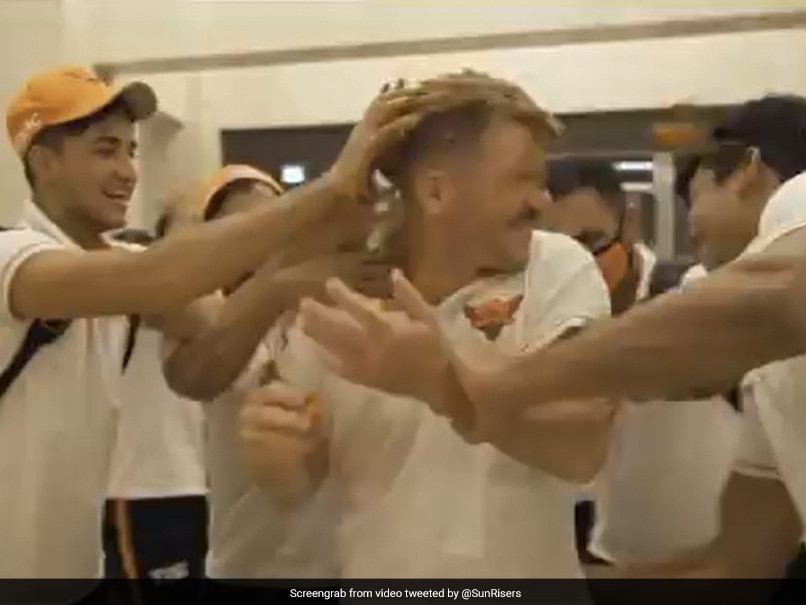 Celebrating their win over Delhi Capitals (DC) in Match 47 of the ongoing Indian Premier League (IPL) 2020, SunRisers Hyderabad (SRH) had a cake fight, which simply pushed to the extremes with hilarious moments. It was also captain David Warner's 34th birthday on Tuesday. SRH shared a video of highlights from the cake fight on their Twitter handle. It was captioned as, "Watch what happened in the dressing room after our crucial game last night Don't miss the cake rituals too, #OrangeArmy #SRHvDC #KeepRising #Dream11IPL".

In the video, Indian cricketers like Priyam Garg and Manish Pandey can be seen joining the fun and rubbing the cake on Warner's face.

Later on, Wriddhiman Saha, who scored a knock of 87 runs also joined in the fun.

SRH defeated DC by 88 runs at the Dubai International Stadium. Coming into bat first, they wrapped up at 219/2 after 20 overs, setting a target of 220 runs. Their potent bowling attack shut down DC in 19 overs, who could only muster 131 runs.

DC have their next match on October 31, when they face Mumbai Indians (M). SRH face Royal Challengers Bangalore on the same day.

Muttiah Muralitharan IPL 2020 Cricket Sunrisers Hyderabad vs Delhi Capitals, Match 47
Get the latest updates on SA vs IND 2021-22, check out the Schedule and Live Score . Like us on Facebook or follow us on Twitter for more sports updates. You can also download the NDTV Cricket app for Android or iOS.