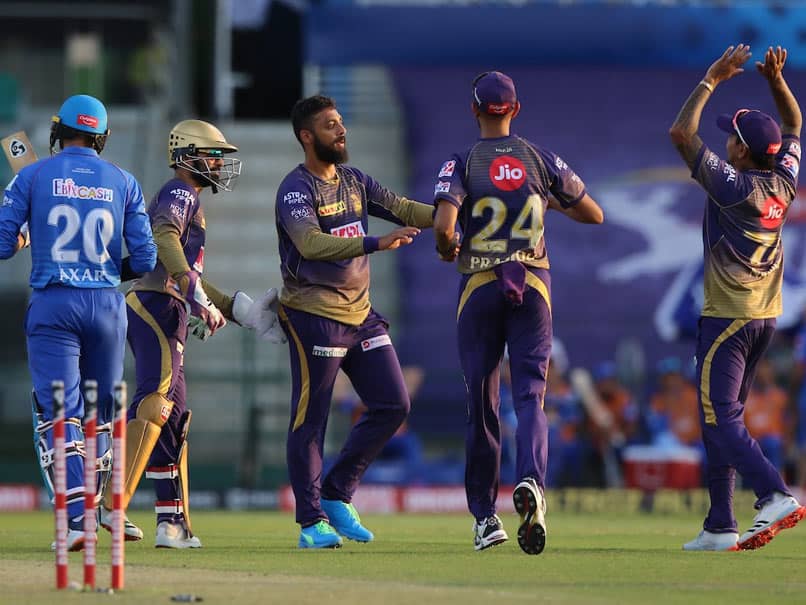 Kolkata Knight Riders (KKR) defeated Delhi Capitals (DC) in Match 42 of the ongoing Indian Premier League (IPL) 2020, at the Sheikh Zayed Stadium, in Abu Dhabi on Saturday. Varun Chakravarthy grabbed five wickets for KKR, meanwhile, Nitish Rana and Sunil Narine registered half-centuries. After the match, Kolkata captain Eoin Morgan called the off-spinner his team's "standout performer". "Varun is such a humble guy. he just goes about his work. Throughout the tournament, he has been our standout performer", said the 2019 ODI World Cup winner.

Explaining why he batted lower down the order, Morgan said that they wanted to make a longer batting line-up. He praised Rana and Narine. The former scored 81 runs from 53 balls. Meanwhile, the latter slammed 64 from 32 balls.

"Great of Sunil to come back and play as a proper allrounder. And Nitish Rana and him adding all the runs. The decision to bat Narine there is all the coach. He likes to play his cards. It is all Brendon", he quipped.

"I think they (KKR batsmen) chose the bowlers to go after really well. They were really good in shot selection. They outplayed us in pretty much every department", said the DC skipper.

After the defeat, DC are currently second in the table with 14 points. Meanwhile, KKR are fourth with 12 points.

Sunil Narine Nitish Rana IPL 2020 Kolkata Knight Riders vs Delhi Capitals, Match 42 Cricket
Get the latest updates on India vs Australia Series, check out the India vs Australia Schedule for 2020-21 and Ind vs Aus live score . Like us on Facebook or follow us on Twitter for more sports updates. You can also download the NDTV Cricket app for Android or iOS.