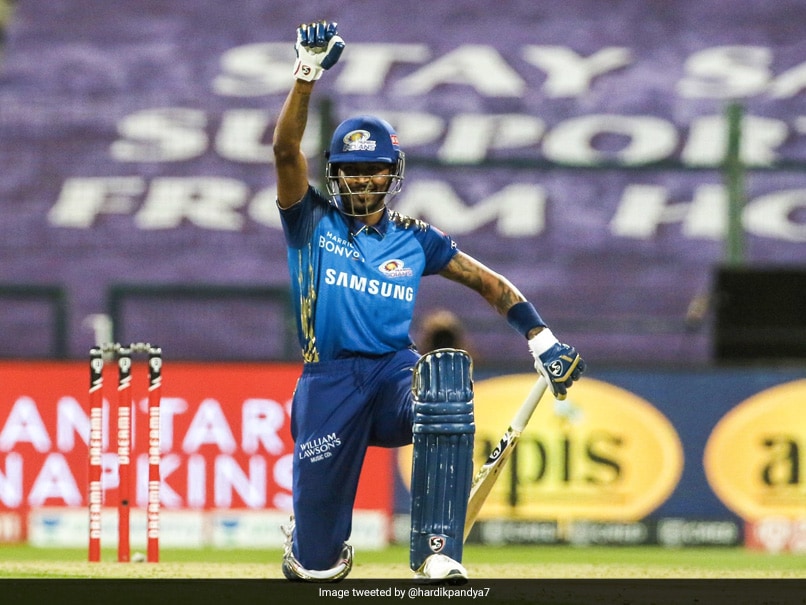 IPL 2020, RR vs MI: Hardik Pandya celebrates his half-century in the 19th over© Twitter

Although Mumbai Indians (MI) lost Rajasthan Royals (RR) in Match 45 of the Indian Premier League (IPL) 2020, Hardik Pandya grabbed the limelight, becoming the first player in T20 franchise league's history to take a knee, showing support for the 'Black Lives Matter' movement. The all-rounder slammed 60 runs off just 21 deliveries, packed with two fours and seven sixes. After reaching his half-century in the 19th over of his side's innings, he celebrated by taking a knee with his right arm raised to show support for the 'Black Lives Matter' movement and solidarity against racism.

The 27-year-old took to social media to share a photo of his celebration. He captioned it as, "#BlackLivesMatter".

The fight against racism and the 'Black Lives Matter' movement has gained more support after the death of African-American man George Floyd in May 2020. Floyd died when he was confronted by police officers, when one of them pressed his knee on the victim's neck as shown in videos that went viral. Floyd reportedly died due to suffocation from pressure on his neck. Ever since then, many sports stars have shown their support for the fight against racism.

During the IPL 2020 encounter in Abu Dhabi, MI lost by eight wickets at the Sheikh Zayed Stadium. Despite Pandya's brilliant half-century, Ben Stokes put on a batting masterclass to win the fixture for RR. The Englishman an unbeaten 107 runs from 60 deliveries.

Despite the defeat, MI are still on top of the eight-team table. Meanwhile, RR are sixth after having played an extra match.

Hardik Pandya IPL 2020 Cricket Rajasthan Royals vs Mumbai Indians, Match 45
Get the latest updates on ICC T20 Worldcup 2022, check out the Schedule and Live Score. Like us on Facebook or follow us on Twitter for more sports updates. You can also download the NDTV Cricket app for Android or iOS.