IPL 2020, RR vs MI: Steve Smith was full of praise for Sanju Samson and Ben Stokes who stitched an unbeaten partnership of 152 runs to help RR register a memorable win against MI. 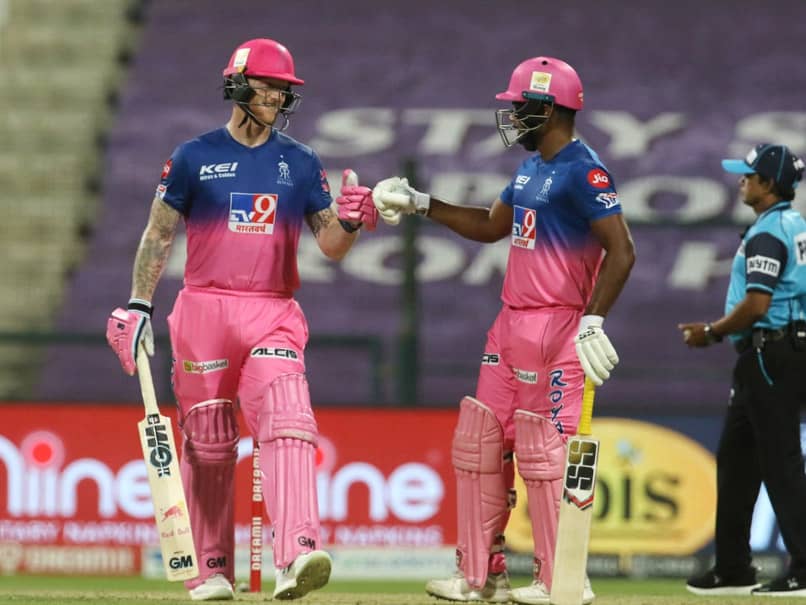 Rajasthan Royals (RR) captain Steve Smith expressed his delight following a match-winning unbeaten partnership of 152 runs between Ben Stokes and Sanju Samson. Stokes and Samson combined to help RR defeat defending champions Mumbai Indians (MI) by a margin of eight wickets in a vital IPL 2020 league match. The Rajasthan-based franchise was handed a stern target of 196 runs, after MI posted a total of 195 runs for the loss of five wickets. The chase could have proved tricky against a fine bowling attack, if not for Stokes (107*) and Samson (54*), who ensured a smooth chase, smashing the ball confidently to all corners of the ground.

The RR skipper stated that he was "extremely pleased" following the fine performances by the duo, hailing their gameplay. Stokes scored his second ton in the IPL, with Samson registering his 13th half-century in the tournament.

"Very pleased, that's what we're crying for, use the experience, take the game deep and that's what both Stokes and Samson did. The wicket was playing good, the ball was coming onto the bat, there was intent - the shots were flowing, they just played good cricketing shots - I thought the partnership was fantastic," he said during the post-match press conference.

Smith urged the batsmen to take confidence from this chase, and play knocks which could help RR emerge victorious.

"We played some good cricket in the first half, the dropped chance proved to be costly, perhaps we ended up giving away another 40-45 runs, but it didn't matter in the end. I hope our batters take the confidence from this match and play knocks which will help the team win," he added.

Earlier, MI posted a total of 195 runs, on the back of an excellent 21-ball 60 by all-rounder Hardik Pandya. Hardik smashed two boundaries and seven sixes during his innings. Jofra Archer and Shreyas Gopal were the pick of the bowlers for RR, accounting for two wickets apiece.