IPL 2020, RR vs RCB: With Jofra Archer emerging as the most consistent bowler for RR, it falls on him to keep his side afloat when fielding. Virat Kohli finds himself at a happier place in terms of his team's position, but will have to be on top of his game to counter the Englishman. 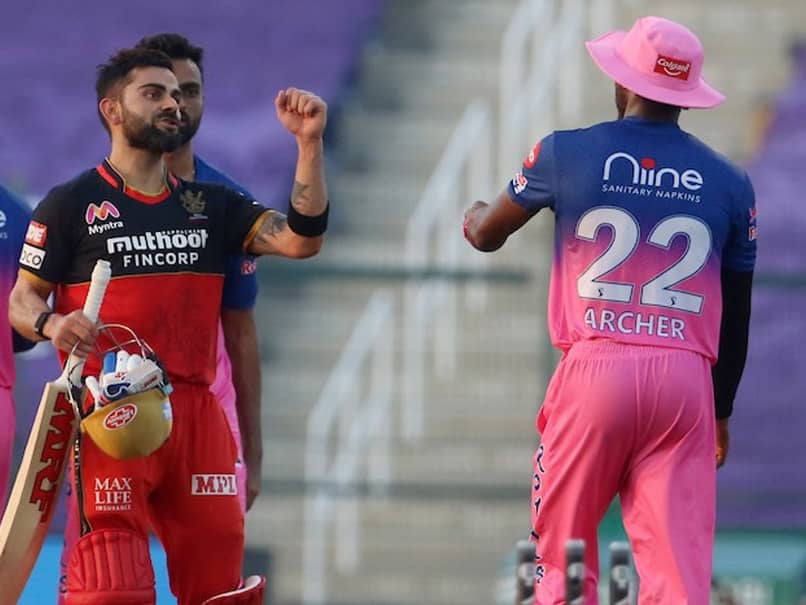 RR vs RCB: All eyes will be on the battle between Virat Kohli and Jofra Archer.© BCCI/IPL

Jofra Archer, the tearaway Rajasthan Royals fast bowler, finds himself in the unenviable position of being the key bowler for his franchise. Unenviable because the rest just simply are not being able to measure up consistently, leaving the Englishman with having to do all the heavy lifting. He will once again be on call when RR take on RCB's big guns --Virat Kohli and AB de Villiers, for a start -- on Saturday. Archer was brilliant against Delhi Capitals, removing Prithvi Shaw, Ajinkya Rahane and Marcus Stoinis, to have figures of 3/19 off four overs, an economy of 4.75. That they still lost was because of the batting. Jaydev Unadkat is of some help off an on, but the rest of the bowlers are quite mediocre overall.

Kohli had begun slowly but eventually he has crossed the 300-run mark this year too, with 90 not out as his top score, with a strike rate of 126.66, which seems a little low for a batsman of his calibre.

That calibre will surely be tested by Archer on Saturday.

Jofra Archer IPL 2020 Rajasthan Royals vs Royal Challengers Bangalore, Match 33 Cricket
Get the latest updates on IPL 2021, IPL Points Table , IPL Schedule 2021 , live score . Like us on Facebook or follow us on Twitter for more sports updates. You can also download the NDTV Cricket app for Android or iOS.