IPL 2020, RR vs RCB: Rajasthan Royals are finding it difficult to stitch together even two wins, while Royal Challengers Bangalore lost their previous match, making them sit up and be wary again. 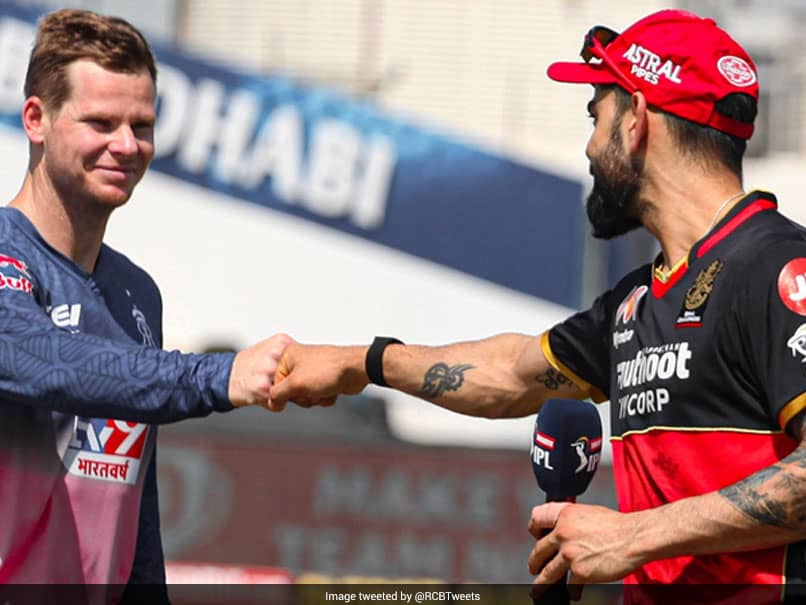 IPL 2020, RR vs RCB: Royal Challengers Bangalore recorded a win in the previous match between the sides.© Twitter

Rajasthan Royals would be wondering what they need to do to get two wins together. They beat SunRisers Hyderabad, and looked hopeful, but then contrived to somehow lose against Delhi Capitals, leaving them in a bad place once again. They now meet Royal Challengers Bangalore, whose mystifying batting options in the match with Kings XI Punjab, combined with the return of Chris Gayle, made RCB the only side to have lost to Punjab in IPL 2020 so far, something that can't possibly go down well with Virat Kohli. His RR counterpart Steve Smith also is in a very unhappy position, so it will be a no-holds-barred contest in Dubai on Saturday.

RCB's match with KXIP was one of the most fascinating in IPL 2020. Chris Gayle, the 'Universe Boss' returned, and how! He was classic Gayle - poorly-run singles and sensationally-hit sixes - and together with skipper KL Rahul, took KXIP to the verge of a rare win.

Punjab seemed to have lost the art of closing out games, and almost lost this one too. But that's all irrelevant now, since the most important factor is that RCB was down by two points.

Which also raises questions about the RCB batting. How and why Washington Sundar and Shivam Dube come in to bat ahead of AB de Villiers will always remain a mystery.

Irrespective of all the conjectures, the fact remains that neither RR, nor RCB would want a repeat of their last-match blues. Rajasthan are almost at the same position as KXIP, largely playing spoilers as the number of matches keep going down and their own chances dwindle.

RCB wouldn't want to lose any more points. Being third on the table in IPL is an illusion that can crash dramatically at any given stage. The reality then is bitter.

AB de Villiers Cricket
Get the latest updates on IPL 2021, IPL Points Table , IPL Schedule 2021 , live score . Like us on Facebook or follow us on Twitter for more sports updates. You can also download the NDTV Cricket app for Android or iOS.