IPL 2020 Final, MI vs DC: Delhi Capitals won the toss and elected to bat, but got off to a disastrous start as Trent Boult dismissed Marcus Stoinis on the first ball of the match. 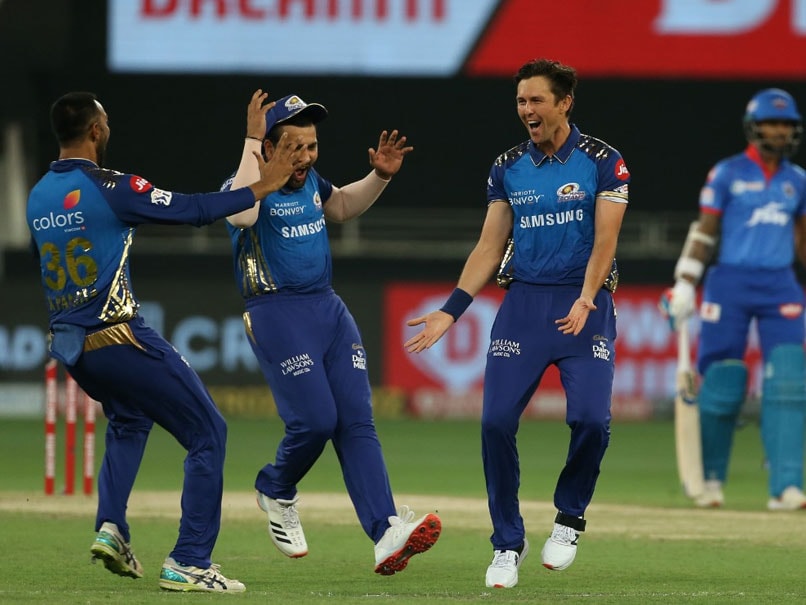 IPL 2020 final began with a bang as Mumbai Indians pacer Trent Boult removed Delhi Capitals' Marcus Stoinis on the first ball of the match. It was a dream start for the defending champions as the New Zealander started the proceedings with an absolute stunner. The ball seemed to be going across with the angle but cut in a bit after pitching, squaring up the Australian all-rounder, who could only manage to edge the ball to wicketkeeper Quinton de Kock. In the process, Boult became the first bowler to take a wicket on the very first ball of an IPL final.

It was the worst possible start for Shreyas Iyer and his team after he won the toss, and elected to bat at the Dubai International Cricket Stadium on Tuesday.

Things went from bad to worse for Delhi Capitals as Boult struck once again, this time in the third over to remove Ajinkya Rahane for 2. It was an unfortunate way to get out for the veteran batsman as he edged one down the leg, with De Kock once again not making any mistakes.

This left Delhi Capitals tottering at 16 for two in 2.4 overs. Delhi would have hoped that their top-scorer Shikhar Dhawan would bail them out with yet another sterling knock but Jayant Yadav had other ideas.

Brought in as a replacement for Rahul Chahar, a man who has taken 15 wickets this season, Jayant Yadav struck with his third ball, castling Dhawan, who could only muster 15 off 13 balls this time around.

At the toss, Rohit Sharmasaid it was a "tactical" move to include Jayant Yadav in the playing XI, with Delhi having many left-handers in the team.

Ajinkya Rahane Dubai International Cricket Stadium, Dubai IPL 2020 Mumbai Indians vs Delhi Capitals, Final Cricket
Get the latest updates on ICC T20 Worldcup 2022, check out the Schedule and Live Score. Like us on Facebook or follow us on Twitter for more sports updates. You can also download the NDTV Cricket app for Android or iOS.