IPL 2020, KKR vs KXIP: Mandeep Singh finished 66 not out in Kings XI Punjab's win over Kolkata Knight Riders on Monday and recalled some of his late father's words after the match. 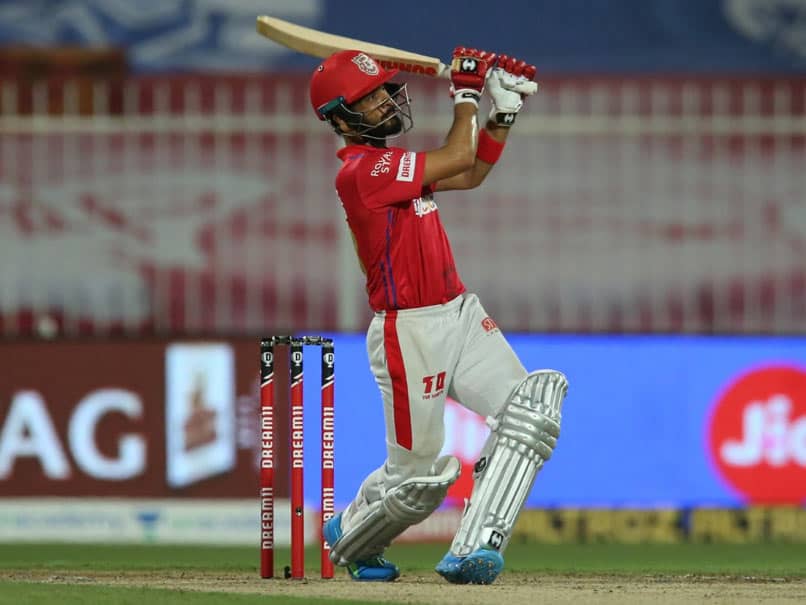 Mandeep Singh reached his 50 off 49 balls on Monday in Sharjah and looked towards the sky, dedicating this milestone to his late father who died on Saturday back home in Chandigarh. Mandeep, hundreds of miles away from family in the UAE, turned out to play for Kings XI Punjab on the same day. His captain at KXIP, KL Rahul, dedicated the team's come-from-behind win over SunRisers Hyderabad to Mandeep's father. On Tuesday, Mandeep turned out again to open the innings, with his team chasing 150 against Kolkata Knight Riders for a place in the top four, and saw his team home with an unbeaten 66.

Mandeep combined with skipper Rahul to add 47 runs in the first eight overs to lay a platform for the middle order to capitalize. Chris Gayle (51 off 29 balls) did more than capitalizing as he smashed the KKR bowlers to all parts in a knock laden with two fours and five sixes.

Together, Mandeep and Chris Gayle added 100 runs in 10.1 overs to kill the contest. Mandeep took his time and played the anchor while Gayle did most of the six-hitting.

“I had a talk with (KL) Rahul before the start of the game. Last game I was trying to score quicker and I wasn't comfortable doing that,” Mandeep said.

“I told Rahul if I play my normal game, I will win the game and I had the belief. He (Rahul) told me to back my game and play the way I want to play, pretty happy with the win.

“(Gayle) was just telling me to keep batting and play till the end.” 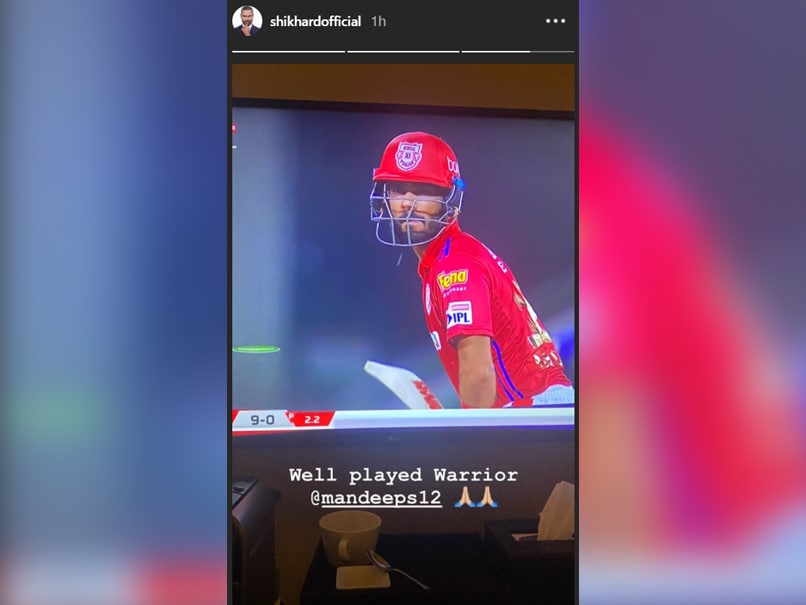 Social media was abuzz with tributes and applause for Mandeep, who braved a personal loss to play a match-winning inning for his team.

“Well played warrior,” wrote Shikhar Dhawan in an Instagram story he posted that had a screengrab of Mandeep batting in Monday's match.

“This one's for you Dad” wrote IPL in an Instagram post with a video of Mandeep celebrating his 50 along with Gayle.

The IPL also posted a video of the Kings XI squad huddling on Mandeep to congratulate him on what would have been an emotional knock.

Chris Gayle IPL 2020 Kolkata Knight Riders vs Kings XI Punjab, Match 46 Cricket
Get the latest updates on IPL 2021, IPL Points Table , IPL Schedule 2021 , live score . Like us on Facebook or follow us on Twitter for more sports updates. You can also download the NDTV Cricket app for Android or iOS.