IPL 2020: Mandeep Singh's Toughness Has Made Everybody At KXIP "So Proud", Says KL Rahul 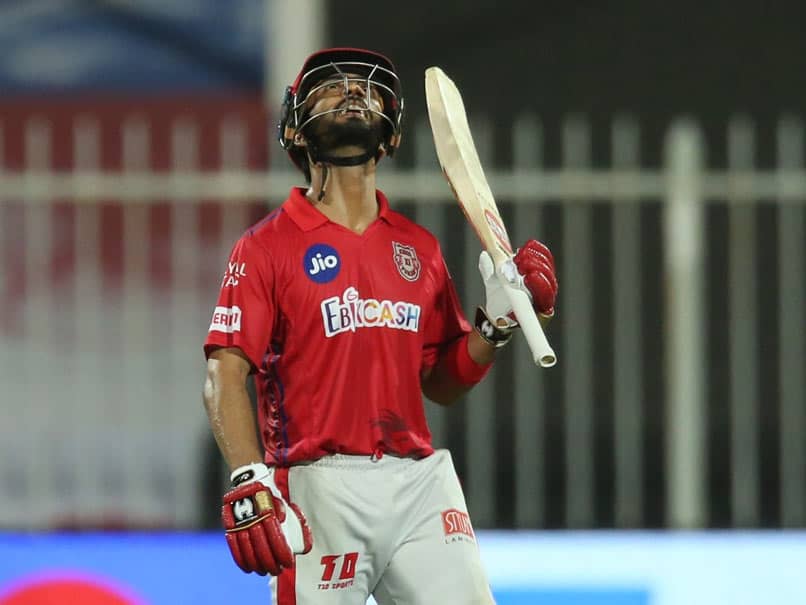 Kings XI Punjab captain KL Rahul said that the toughness that Mandeep Singh has displayed by first playing against SunRisers Hyderabad on the day his father died and then scoring a crucial half-century against Kolkata Knight Riders on Monday has made the team proud of the 28-year-old batsman. Three days after his father's death, Mandeep made an unbeaten 66 off 56 deliveries as KXIP chased down 150 to register their fifth win on the trot and also go fourth in the Indian Premier League (IPL) 2020 points table.

"The kind of toughness Mandeep has shown has rubbed on to other ways. Everybody is emotional," Rahul said after KXIP's 8-wicket win against KKR.

"Just to put his hand up, just to be there, just to finish off the game, makes us so proud," he added.

After a lengthy stay at the bottom of the table, KXIP have fought their way into the top four after five consecutive victories.

Rahul credited the turnaround to the team's decision to play "positive cricket".

"I am very happy. The whole team will be. We collectively decided to go out there and play positive cricket, and things can turn around," Rahul said.

Rahul also praised how different members of the team have turned up and performed in difficult situations.

"It is different persons putting their hand up at different times. Just happy that everything is coming together," he said.

Rahul also heaped praise on Chris Gayle, who has scored two half-centuries since making his return to the team and another crucial knock.

On Monday, Gayle's counter-attack provided KXIP the momentum to beat KKR after KL Rahul's wicket slowed down their scoring for a few overs.

He eventually fell for 51 off 28 deliveries, but KXIP had all but sealed the win by then.

"Chris, it was a very hard decision not to play him. He is the hungriest I have seen in the last seven-eight years playing for different franchises," he said.

"Running ones and twos. And you know how he keeps the dressing room upbeat," Rahul added.

Chris Gayle Kolkata Knight Riders vs Kings XI Punjab, Match 46 IPL 2020 Cricket
Get the latest updates on IPL 2020, check out the IPL Schedule for 2020 and Indian Premier League (IPL) Cricket live score . Like us on Facebook or follow us on Twitter for more sports updates. You can also download the NDTV Cricket app for Android or iOS.