IPL 2020: Ishant Sharma Ruled Out Of IPL Due To Rib Injury

IPL 2020: Delhi Capitals pacer Ishant Sharma has been ruled out of Indian Premier League due to "a left internal oblique muscle tear" in his rib cage. 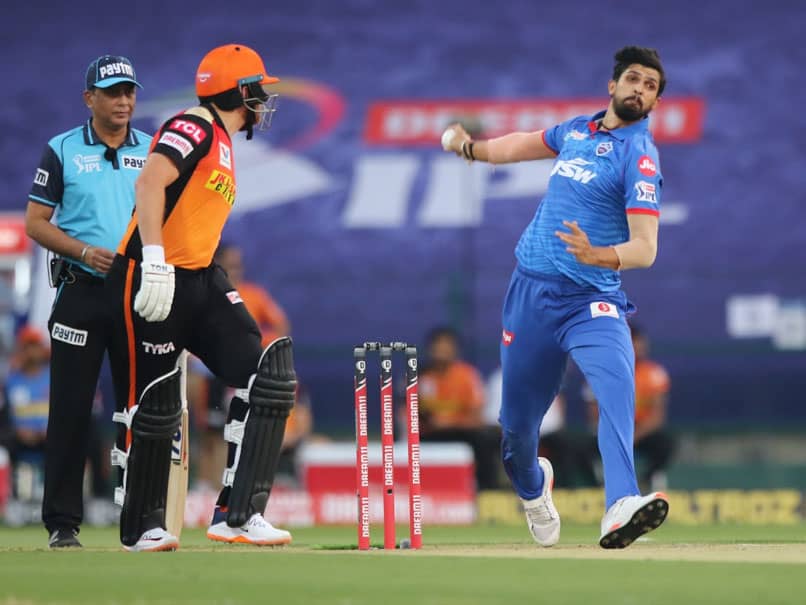 Ishant Sharma has been ruled out of the Indian Premier League (IPL) 2020 due to “a left internal oblique muscle tear” in his rib cage, Delhi Capitals (DC) said in a media release. Ishant has played only one game for Delhi this season and was troubled by “an acute episode of left rib cage pain” while training on October 7, the release said. Ishant is the second Delhi player to be ruled out of this season of the IPL after Amit Mishra, the leg spinner, who was sidelined earlier this month due to a finger injury.

Delhi are comfortably placed in the second position on the points table with 10 points from seven matches even though they lost their last game, against Mumbai Indians on Sunday.

Delhi have been hit by a spate of injuries this season. Ishant didn't start for Delhi in their IPL opener on September 20 and in the very first match off spinner Ravichandran Ashwin suffered a shoulder injury that kept him out of the next two matches.

Captain Shreyas Iyer has said that Pant has been advised by the doctor to “rest for a week” meaning the left-hander may miss some of the team's remaining seven matches.

Ishant has had an injury-prone 2020, having missed the second Test on the tour of New Zealand in February this year due to an ankle injury.

Ishant's next assignment is likely to be India's Test tour of Australia where the team plays four Tests in December-January.

Ravichandran Ashwin Shreyas Iyer IPL 2020 Cricket
Get the latest updates on IPL 2021, IPL Points Table , IPL Schedule 2021 , live score . Like us on Facebook or follow us on Twitter for more sports updates. You can also download the NDTV Cricket app for Android or iOS.