The IPL is yet to begin, but the banter is on between Mumbai Indians all-rounder Hardik Pandya and King XI Punjab captain KL Rahul. 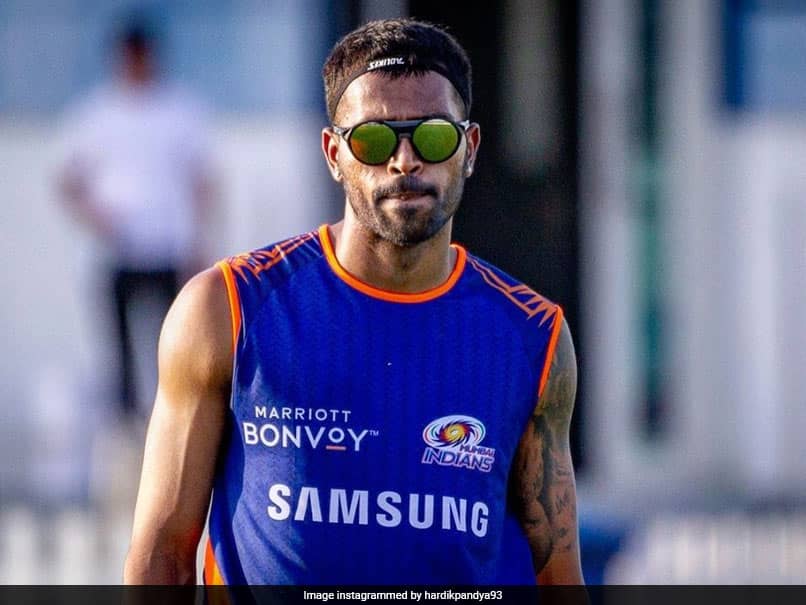 Mumbai Indians all-rounder Hardik Pandya is busy getting fully prepared for the start of the Indian Premier League (IPL) 2020, which is slated to get underway on September 19. The flamboyant right-hander on Saturday took to Instagram to share a picture, where he is seen wearing his training kit and zany sunglasses. "When I mean business," Hardik Pandya captioned the picture, along with some emojis including one of a trophy. However, Kings XI Punjab captain KL Rahul, who is known to share a very close bond with the all-rounder, saw the picture in a slightly different light.

When I mean business

"U look ready for the beach," Rahul teased on Pandya's picture, using a beach emoji. 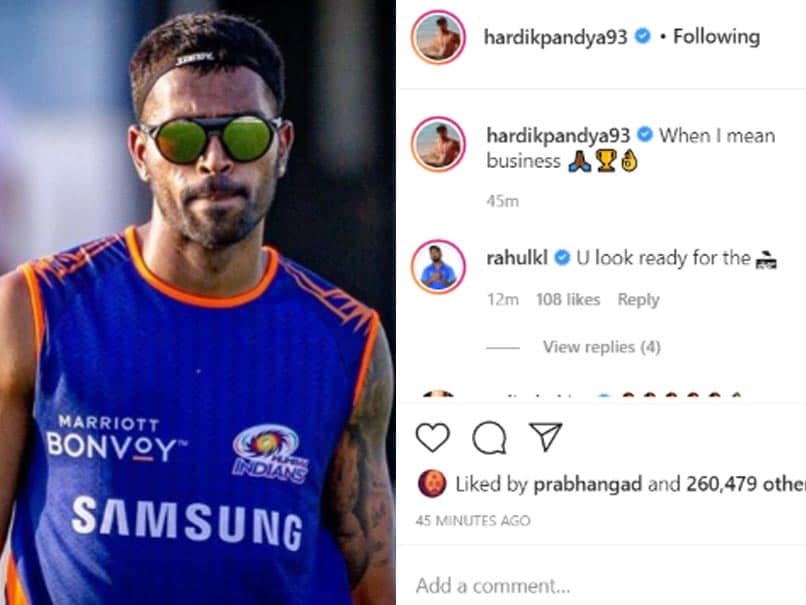 He let his approval be known with a series of emojis.

All their friendship and social media banter aside, both Hardik Pandya and KL Rahul will be meaning business when the cash-rich league, postponed from the originally planned start at the end of March due to the coronavirus pandemic, finally begins.

While Hardik Pandya is one of the key players for defending IPL champions Mumbai Indians, Kl Rahul will be captaining a franchise for the first time this season.

Hardik recently said that he is not suffering from any bouts of nervousness, and is simply excited to get out on the field and do what he loves.

"More excited than nervous because a good 10 months I have been training and looking forward to play so the portion where the nervousness comes or the pressure comes has gone away," Hardik told ANI.

"I am just more excited to be on the field and implement what I have worked on with regards to my training part, the practice sessions," he added.

This year's edition of the IPL is going to be held in the United Arab Emirates, due to the rise in coronavirus cases in India.

The schedule for the tournament is slated to be released on Sunday. The final will be played on November 10.

KL Rahul IPL 2020 Cricket
Get the latest updates on India vs Australia Series, check out the India vs Australia Schedule for 2020-21 and Ind vs Aus live score . Like us on Facebook or follow us on Twitter for more sports updates. You can also download the NDTV Cricket app for Android or iOS.