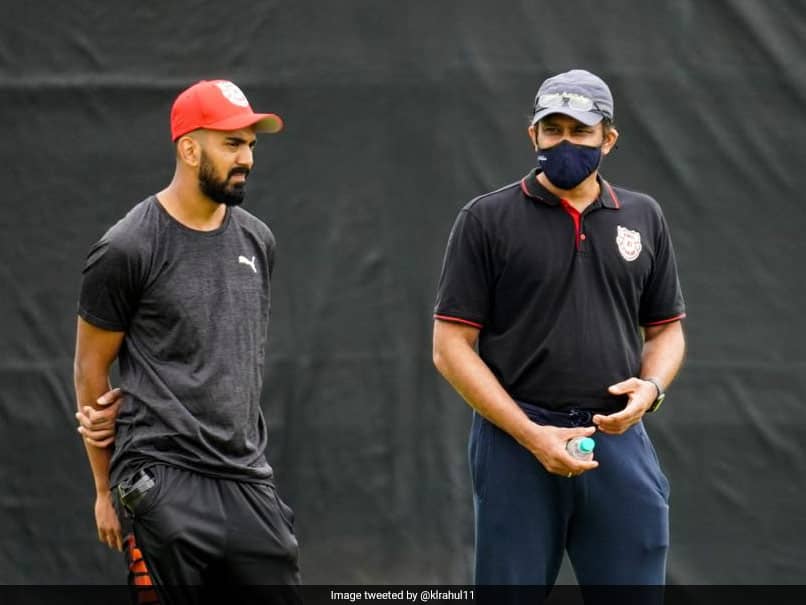 KL Rahul and Anil Kumble have both risen from Karnataka ranks to play for India.© KL Rahul/Twitter

Kings XI Punjab skipper KL Rahul has revealed that coach Anil Kumble has made his life "very easy" as a captain. The 13th edition of the Indian Premier League (IPL) will be played for 53 days, from September 19 to November 10, across three venues – Abu Dhabi, Sharjah, and Dubai. Rahul, who recently arrived in Dubai for IPL, said that he shares a very good relation with coach Kumble. Rahul said that he just has to follow the plans laid down by Kumble.

Interview - @lionsdenkxip Captain @klrahul11 speaks to @RajalArora about his ideology as a Captain, idolizing @msdhoni and more....

"Somebody like Anil bhai helps me immensely because I share a very good relationship off the field as we are from the same state and has made life as captain very easy," Rahul said in a video released on the IPL website.

"I know he (Anil Kumble) will do most of the planning and I just have to go out in the middle and carry it out," he added.

Rahul has been a key cog in the batting wheel of Punjab. In the 2018 IPL, the right-handed batsman had smashed 659 runs for Kings XI Punjab at an average of 54.91.

Rahul will be seen in action for Punjab in the 13th edition of the IPL slated to begin from September 19 in UAE.

KL Rahul Anil Kumble IPL 2020 Cricket
Get the latest updates on India vs England Series, India vs England , live score and IPL 2021 Auction . Like us on Facebook or follow us on Twitter for more sports updates. You can also download the NDTV Cricket app for Android or iOS.