"Always Got Your Back": Hardik Pandya Leads Birthday Wishes For KL Rahul

KL Rahul turned 28 on Saturday and received a special wish from his "brotherman" Hardik Pandya. 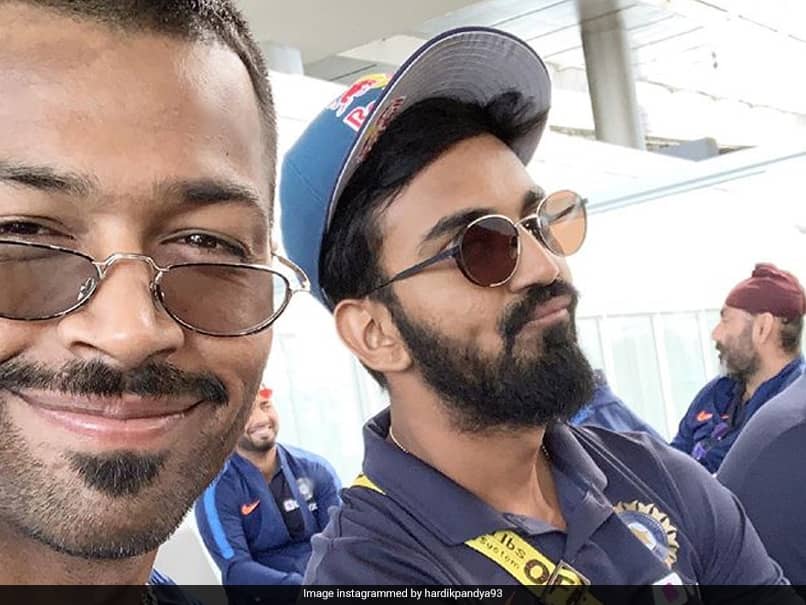 KL Rahul is celebrating his 28th birthday on Saturday and he was greeted with a special wish from his "brotherman" Hardik Pandya. The India all-rounder took to Instagram to share a picture with KL Rahul and extend his wishes. "Happy birthday brotherman. Always got your back," Hardik Pandya captioned the post on Instagram. KL Rahul's statemate, Mayank Agarwal also wished the India batsman on his birthday. "Many happy returns of the day Dost @rahulkl May this year bring you more happiness , health and success. Can't wait to have a little crazy and fun," Mayank Agarwal wrote.

Happy birthday brotherman Always got your back

Many happy returns of the day Dost @rahulkl May this year bring you more happiness , health and success . Can't wait to have a little crazy and fun

KL Rahul was the top performer for India in the limited overs leg of the New Zealand tour.

Suresh Raina and Rohit Sharma are the other two India batters who have achieved this feat in international cricket.

Shikhar Dhawan Mayank Agarwal Cricket
Get the latest updates on India vs England Series, India vs England , live score and IPL 2021 Auction . Like us on Facebook or follow us on Twitter for more sports updates. You can also download the NDTV Cricket app for Android or iOS.