Chris Gayle said he is excited to play under new head coach Anil Kumble and captain KL Rahul, who will be leading a franchise for the first time. 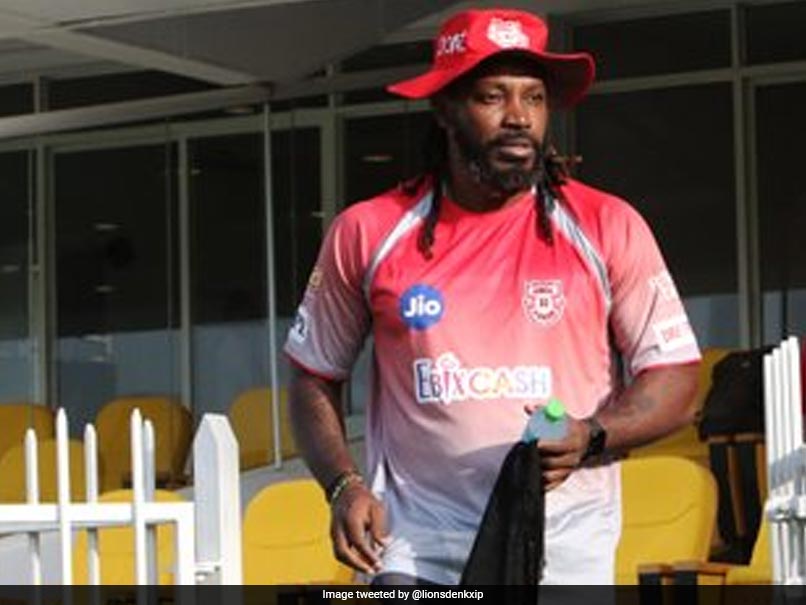 West Indies opening batsman Chris Gayle finished his six-day quarantine in Dubai and as a result, he has now finally joined the Kings XI Punjab squad in training ahead of the Indian Premier League (IPL) 2020. The IPL 2020 will be played from September 19-November 10 in the UAE across three venues -- Dubai, Abu Dhabi, and Sharjah. Gayle also said that he is looking forward to work in sync with new skipper KL Rahul and head coach Anil Kumble.

Gayle had arrived in the UAE last week and he was then confined to his room for six days as he underwent quarantine as a precautionary measure against the coronavirus.

"Back in class, some new students here as well and it was good to be around them. Some new teachers here as well, we have new headmaster (head coach) in Anil Kumble, looking to rally around with new head boy (captain) KL Rahul," Gayle said in a video posted on the official YouTube channel of Kings XI Punjab.

When asked about his quarantine period, Gayle replied: "Yeah, it was normal, it was pretty relaxing for me, I did some exercise and watched some TV. Now, here am I back to training."

Once, they all test negative for COVID-19, the players can start training in the UAE with their teammates.

The much-awaited schedule of the 13th edition of the IPL will be released today, chairman Brijesh Patel had said on Saturday.

The fans have been eagerly waiting for the schedule to find out the dates on which their favourite teams will be seen in action.

Asked about the schedule, Brijesh had told ANI: "The schedule will be released tomorrow."

All the teams have already reached UAE to take part in the tournament and are currently undergoing training. Chennai Super Kings (CSK) was the last team to begin training as they finally stepped on the field on Friday after their third round of COVID-19 tests.

KL Rahul Anil Kumble Cricket
Get the latest updates on India vs South Africa and check out  Schedule, Results and Live Score. Like us on Facebook or follow us on Twitter for more sports updates. You can also download the NDTV Cricket app for Android or iOS.