Steve Smith will return to IPL after he was banned from participating in the tournament in 2018 following the ball-tampering scandal. 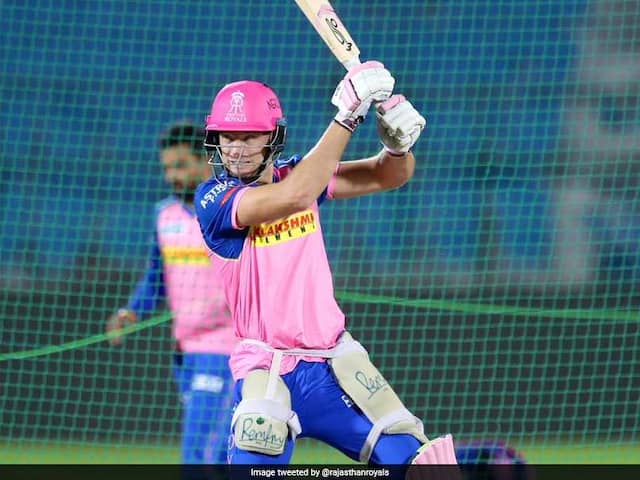 Steve Smith sent out a stern warning to his opponents.© Twitter

Steve Smith sent out a stern warning to his opponents with an impeccable display of batting at a nets session ahead of Rajasthan Royals' opening IPL 2019 on Monday. Steve Smith, who was banned from participating in the previous season due to the ball-tampering scandal, looked in ominous touch as he perfectly middled most of the balls thrown at him. The 29-second long video was posted by Rajasthan Royals on their official Twitter handle ahead of their match against Kings XI Punjab.

What makes Sunday perfect? This

29 seconds of @stevesmith49 hitting the ball as sweetly as possible. #HallaBol pic.twitter.com/pIuywKSi4c

Smith had captained the Jaipur outfit earlier in the lucrative T20 league. However, on his return, the Australian has not retained his role as India middle-order batsman Ajinkya Rahane will lead the side.

The former Australian skipper has an experience of 69 IPL matches under his belt. He has scored 1,703 runs at an average of 37.02. Smith also has one century and five half-centuries to his name with the highest score of 101.

Smith along with Jos Buttler and Ben Stokes will make Rajasthan Royals a force to reckon with in IPL 2019.

Steve Smith had praised Buttler ahead of the season and said, the Englishman makes things easier for him and that he is also one of the most destructive batsman around the world.

Rajasthan Royals added Jaydev Unadkat in their squad from the IPL 2019 auction, making him the most expensive pick for the second year in a row.

Among others pacer Varun Aaron and swashbuckling batsman Ashton Turner were also added in the squad.