Chennai Super Kings lost to Mumbai Indians by 37 runs in the meeting between these two teams earlier in the season. 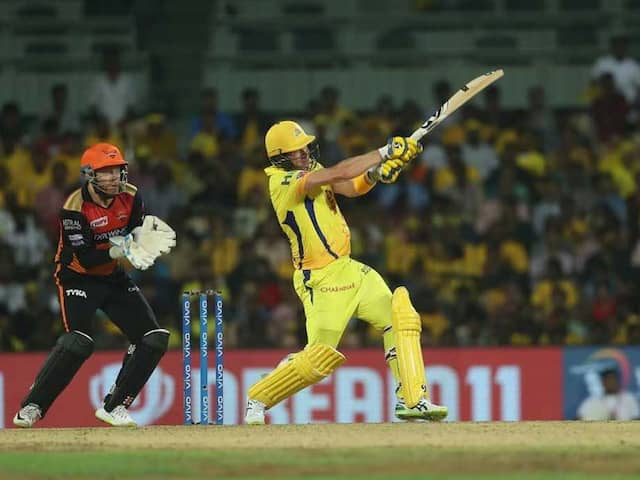 Chennai Super Kings (CSK) next face Mumbai Indians (MI) at home in IPL 2019 and would want to avenge the defeat they suffered at the hands of  Rohit Sharma's team. Shane Watson might prove to be CSK's trump, especially after his last innings where he tore apart SunRisers Hyderabad bowlers and scored a match-winning 96 off 53 balls. The CSK management seems to have conveyed their expectations to their star opener and he obliged by training hard before the match.

He practised all the shots that he would need in a game. He started by playing a few defensive shots that a batsman would need to counter the initial swing early on in his innings and then switched on his slogging mode and practised lofted shots which are helpful at the back end of the innings.

The defending champions are sitting comfortably at the top of the table with 16 points out of 11 matches. On one hand, CSK are almost sure of a place in the playoffs but would be eyeing a top two finish in the points table to get an extra shot for a place in the final.

On the other hand, MI have started their Indian Premier League campaign strongly, for a change, winning six out of 10 games so far. An away win against CSK would take them to second place in the points tally.