Shane Watson registered his first half-century of IPL 2019 in his 11th match of the season. 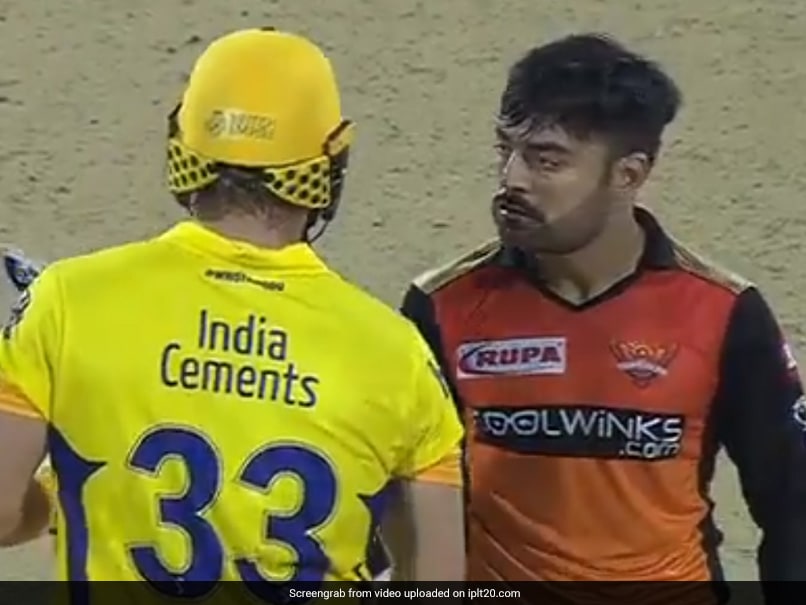 Shane Watson smashed 96 off 53 balls to help Chennai Super Kings reclaim the top spot in the Indian Premier League (IPL) with a six-wicket win over SunRisers Hyderabad Tuesday. The Australian batsman, who struck form after a string of low scores in IPL 2019, was involved in a stare down battle with SRH's Rashid Khan. Shane Watson hit Rashid Khan for a boundary off only his second delivery and the bowler made sure to express his displeasure. Eventually, Rashid Khan ended up conceding 44 runs off his 4 overs, his worst figures in IPL 2019, as CSK chased down their target of 176 with one ball to spare.

Soon, Rashid Khan was widely criticised for his on-field antics and Twitter was flooded with memes of the incident.

What Watson did to srh bowlers and specially to rashid khan#CSKvSRH pic.twitter.com/TjqgqqIoEG

"I was due for runs, that's for sure," Watson, who registered his first IPL half-century in his 11th match of the season, said after receiving the man of the match award.

"I can't thank (coach) Stephen Fleming and (skipper) MS Dhoni enough for their belief in me. Most of the teams I've played in, I would have been dropped by now but they showed the trust in me."

He was finally caught behind by wicketkeeper Jonny Bairstow off paceman Bhuvneshwar Kumar in the 18th over to miss out on what would have been his fifth IPL century.

Shane Watson Rashid Khan IPL 2019 Cricket Chennai Super Kings vs Sunrisers Hyderabad, Match 41
Get the latest updates on ICC Women's Cricket World Cup 2022 and IPL 2022, check out the Schedule , Live Score and IPL Points Table. Like us on Facebook or follow us on Twitter for more sports updates. You can also download the NDTV Cricket app for Android or iOS.