CSK vs MI: Chennai Super Kings have won all five matches they have played in IPL 2019 at the Chepauk. 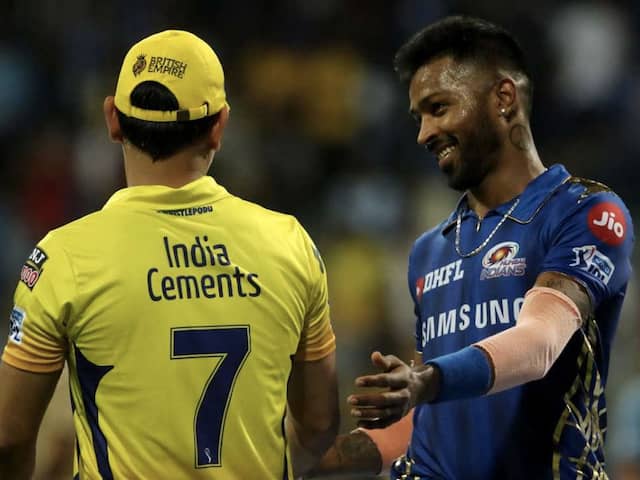 Defending champions Chennai Super Kings (CSK) will be looking to seal their spot within the top two places in the Indian Premier League (IPL) 2019 Points Table to get an additional chance to make it to the IPL final when they host third-placed Mumbai Indians (MI) at the MA Chidambaram Stadium in Chennai on Friday. CSK, having already qualified for the play-offs with eight wins from 11 games and 16 points in their kitty, have won all five matches they have played at the Chepauk.

MI are placed third with 12 points and are yet to consolidate their position in the top four and need at least two more wins to seal a play-off berth. The Rohit Sharma-led side however, had outclassed the yellow brigade by 37 runs when they last faced off in Mumbai.

The sides have faced each other in 27 matches in IPL history and Mumbai have won 15 of those games, while Chennai have managed to win the remaining 12.

The Chennai camp would be a little relaxed after their last game against SunRisers Hyderabad, which they won convincingly by six wickets. Opener Shane Watson, who failed to click in the earlier part of the season, finally regained his form smashing a brilliant 53-ball 96.

Also, MS Dhoni has been among the runs. The stumper has amassed 314 runs from 10 games with an impressive average of 104.66.

On the other hand, in their last encounter, Mumbai suffered a five-wicket defeat against Rajasthan Royals at Jaipur.

The three-time champions will once again rely on their opener Quinton de Kock, who has accumulated 378 runs from 10 games and has mostly given fine starts to his side. Also, a lot will depend on Hardik Pandya as he has blasted down the batting order many a times this season.

Overall, another exciting clash is on the cards as the two arch-rivals and also the two best teams in the league's history face-off in the business end of the tournament.

Shane Watson IPL 2019 Chennai Super Kings vs Mumbai Indians, Match 44 Cricket
Get the latest Cricket news, check out the India cricket schedule, Cricket live score . Like us on Facebook or follow us on Twitter for more sports updates. You can also download the NDTV Cricket app for Android or iOS.