MS Dhoni didn't feature in the Chennai Super Kings XI in their away game against SunRisers Hyderabad. 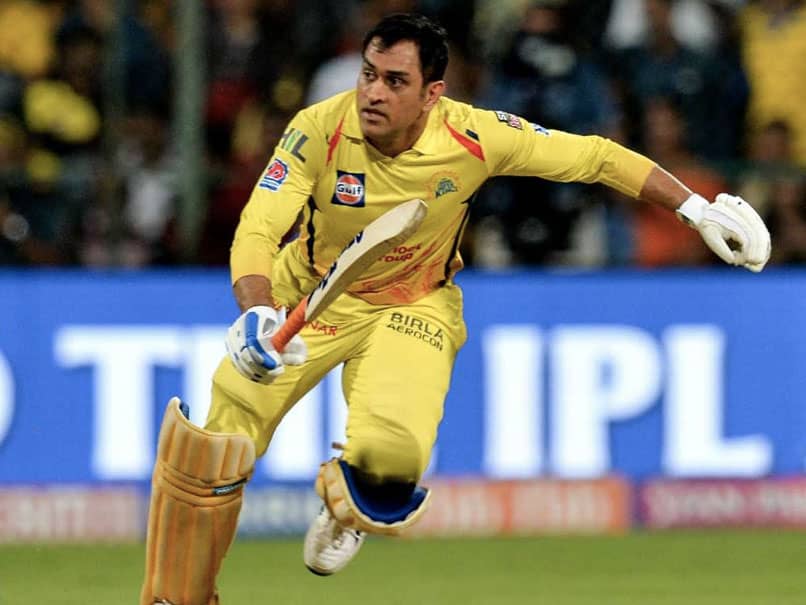 MS Dhoni scored 84 not out off 48 balls against Royal Challengers Bangalore.© AFP

MS Dhoni will be a vital cog for the Indian team at the World Cup 2019, which starts on May 30 in UK, as he is in sublime form in the ongoing Indian Premiere League (IPL) 2019. But when MS Dhoni decided to sit out in their away game against SunRisers Hyderabad (SRH), talks about his fitness before the crucial World Cup 2019 started to roll. But Dhoni buried those talks in style with a swashbuckling knock (84 not out off 48 balls) that almost won Chennai Super Kings (CSK) the match against Royal Challengers Bangalore (RCB).

But on Tuesday, in their match against SunRisers Hyderabad, after Dhoni sent Kedar Jadhav and Dwayne Bravo ahead of him, he put an end to all discussions at the post-match presentation.

Dhoni explained his back condition after the win against SRH. “Well… It's holding up. It's not showing signs of getting worse,” he said.

Dhoni also made it clear that for him the top priority is the upcoming World Cup 2019. “With the World Cup coming up, I've to keep in mind that I can't really get injured, so that (World Cup) comes first. If it (back problem) gets worse, I'll definitely take some time off,” Dhoni added.

Dhoni was of the opinion that small injuries are a part and parcel of international player's life and that they are used to playing with a little bit of pain as they can't wait and afford to be their 100 percent before every game.

“I feel international cricketers are used to playing with some kind of a pain. If you want to be 100 percent and then play a game, maybe you will have to wait five years before you play the next game,” Dhoni opined.

Chennai Super Kings World Cup 2019 IPL 2019 Cricket
Get the latest updates on IPL 2020, check out the IPL Schedule for 2020 and Indian Premier League (IPL) Cricket live score . Like us on Facebook or follow us on Twitter for more sports updates. You can also download the NDTV Cricket app for Android or iOS.