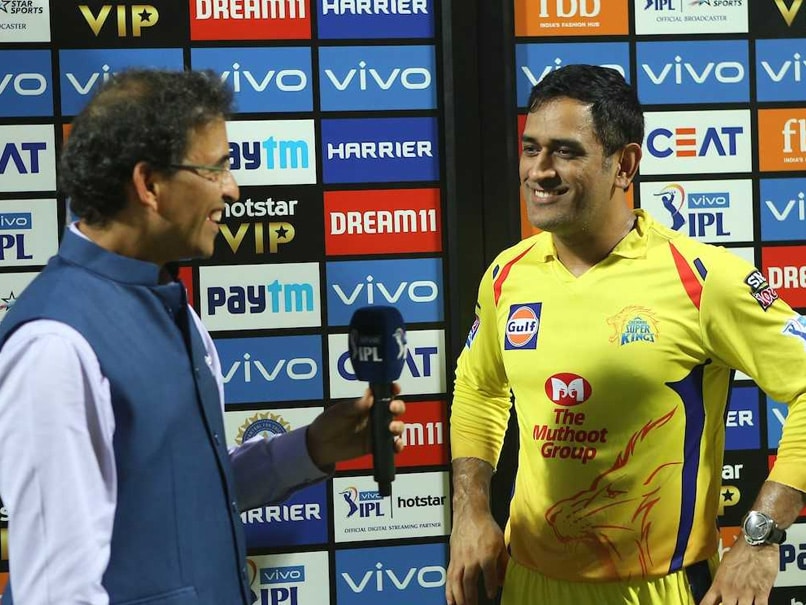 MS Dhoni, who is world-known for his lightning fast glovework and exceptional finishing skills, is also a master of irony, sarcasm, and wit. After Chennai Super Kings virtually booked an Indian Premier League (IPL) 2019 playoff berth after beating SunRisers Hyderabad by six wickets on Tuesday, Harsha Bhogle asked skipper MS Dhoni to share the secret behind his team's success. Full of wit, charm and mischief, Dhoni said that he won't find buyers at auctions if he revealed the secret. "If I tell everyone what it is, then they won't buy me at the auctions. It's a trade secret," Dhoni said at the post-match presentation.

The 37-year-old, who has led CSK to three IPL titles, added that he won't be able to share his trade secret till the day he retires.

"The crowd support and franchise's support are key of course. Huge credit has to also go to the support staff who play a huge role in keeping the team atmosphere good for the team and other individuals. Other than this, I can't reveal anything till I retire. It's alright, not showing signs of getting worse. With the World Cup coming, I need to be careful as that comes first," Dhoni added.

The 37-year-old opener hit nine fours and six sixes to end CSK's two-match losing run as the hosts chased down their target of 176 with one ball to spare.

MS Dhoni IPL 2019 Cricket Chennai Super Kings vs Sunrisers Hyderabad, Match 41
Get the latest updates on SA vs IND 2021-22, check out the Schedule and Live Score . Like us on Facebook or follow us on Twitter for more sports updates. You can also download the NDTV Cricket app for Android or iOS.