KL Rahul waged a lone battle for KXIP against SRH while other batsmen failed to support him in the chase of 213 runs. 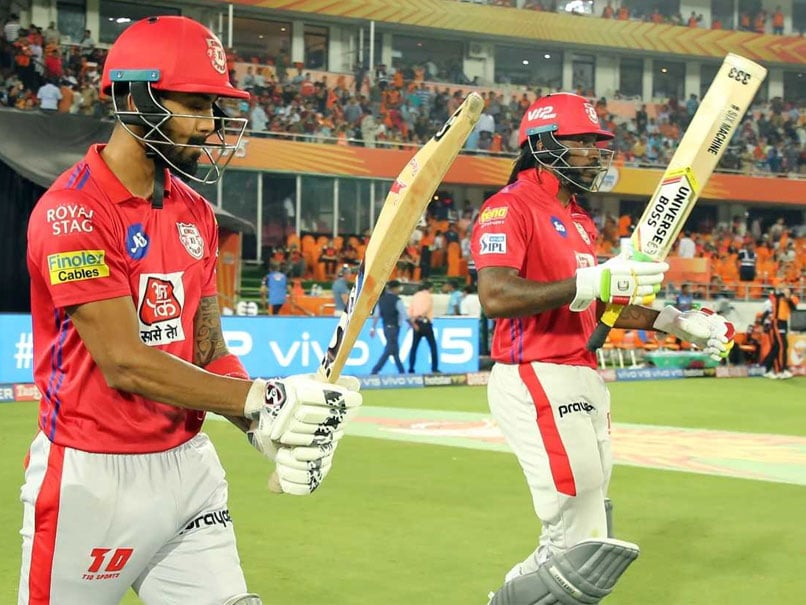 Ravichandran Ashwin was not pleased with his players' performance with the bat.© BCCI/IPL

Ravichandran Ashwin was not pleased with his players' performance with the bat against SunRisers Hyderabad (SRH) on Monday and lamented about Kings XI Punjab's (KXIP) struggle in chasing down big totals throughout the Indian Premier League (IPL) 2019. The Mohali outfit have been largely dependent on their openers KL Rahul and Chris Gayle in the batting department with Mayank Agarwal scoring runs at times. KXIP's middle-order has been in a spot of bother with their poor run and Ashwin reckons there is a balance issue in his side.

"If you see throughout, we have struggled to chase down totals in excess of 190. We have been around 175-180 and that is some sort of balance issue for us," Ashwin said.

"It is pretty straightforward, you have to keep winning at this stage of the IPL," he added.

KXIP had made a poor start in their run chase of 213 runs against the Hyderabad outfit at the Rajiv Gandhi International Stadium as the lost Chris Gayle (4) cheaply.

KL Rahul (79) waged a lone battle as Mayank Agarwal (27), Nicholas Pooran (21) got off to a start but failed to convert it into a match-winning knocks.

David Miller too disappointed with the bat, managing to score only 11 runs as KXIP slumped to 167 for eight in 20 overs, losing the match by 45 runs.

Post the loss, KXIP have 10 points from 12 matches with two matches in hand.

Chris Gayle Cricket
Get the latest updates on IND vs NZ 2021, check out the Schedule and Live Score . Like us on Facebook or follow us on Twitter for more sports updates. You can also download the NDTV Cricket app for Android or iOS.