Alzarri Joseph has suffered a shoulder injury which will keep him out of the rest of IPL 2019. 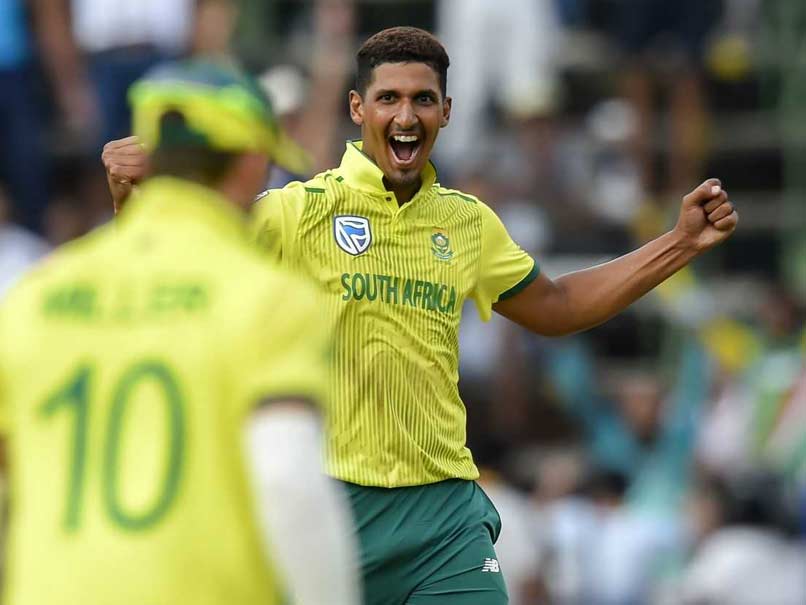 Mumbai Indians have roped in South Africa left-arm fast bowler Beuran Hendricks as a replacement for Alzarri Joseph, who claimed tournament best figures of 6/12 on his Indian Premier League (IPL) debut on April 6. However, Alzarri Joseph failed to produce an impressive show thereafter. The 22-year-old Antigua-born pacer played just three matches for Mumbai Indians and was smashed for 53 runs in three overs by Rajasthan Royals' batsmen in his last appearance. In the same match, Alzarri Joseph suffered a shoulder injury that forced him out of the IPL 2019.

Joseph was signed as a replacement for New Zealand fast bowler Adam Milne and made a dramatic entry to the cash-rich Indian T20 league.

With an impressive spell against SunRisers Hyderabad, Joseph broke a 12-year-old record for the best bowling figures in the history of IPL.

Hendricks, the Cape Town-born bowler, made his ODI debut earlier this year but got his T20I cap in 2014. In the T20 World Cup in 2014, Hendricks had claimed four wickets in three matches.

In 2014, the 28-year-old left-arm pacer was bought by Kings XI Punjab. Hendricks picked up nine wickets in seven matches for KXIP.

Placed third in the points table, Mumbai Indians have four matches left in the league stage. They have won six matches and lost four so far in the IPL 2019.

On Saturday, Mumbai Indians suffered a five-wicket loss against Rajasthan Royals at the Sawai Mansingh Stadium, Jaipur. Steve Smith, captaining Rajasthan Royals for the first time in the ongoing IPL season, scored an unbeaten 48-ball 59 to guide his team to a much-needed victory.

Mumbai Indians Alzarri Joseph IPL 2019 Beuran Hendricks Cricket
Get the latest updates on ICC T20 Worldcup 2022 and CWG 2022 check out the Schedule, Live Score and Medals Tally. Like us on Facebook or follow us on Twitter for more sports updates. You can also download the NDTV Cricket app for Android or iOS.