With the win on Tuesday, CSK claimed the top spot in the IPL 2019 points table. 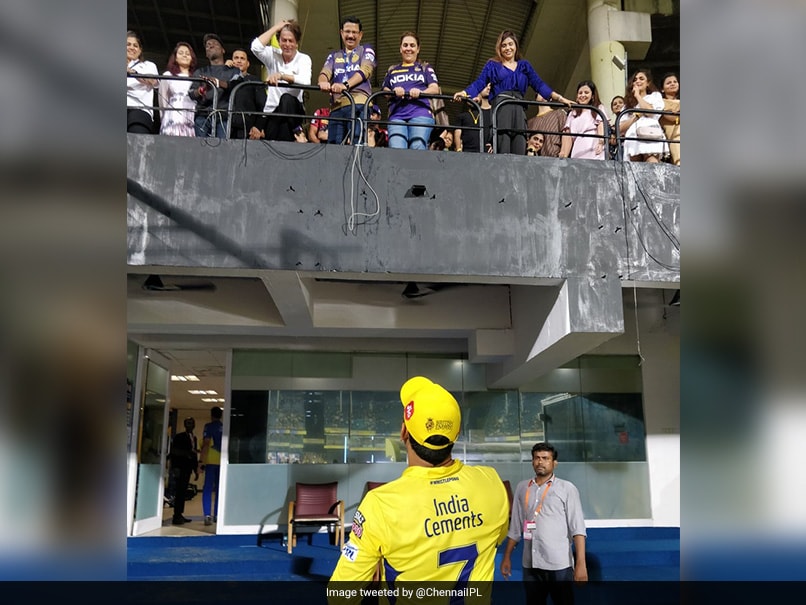 MS Dhoni and Shah Rukh Khan, the biggest superstars in the country, were present at the Chepauk stadium as Chennai Super Kings hosted Kolkata Knight Riders in an Indian Premier League match on Tuesday. CSK's official Twitter handle posted a picture where the Bollywood actor, who starred in a movie called Chennai Express, can be seen talking to CSK skipper, who was down on the ground. "#Thala, Chennai Express Super!#WhistlePodu #Yellove #CSKvKKR," the caption read. It turned out to be the picture that fans had been waiting for as it went viral within minutes.

Here are some reactions.

King and Thala in 1 frame..
I feel blessed

One is KING another is MAGICIAN

With the win on Tuesday, CSK claimed the top spot in the IPL 2019 points table.

MS Dhoni won the toss and opted to bowl as the hosts restricted KKR to 108/9 despite an unbeaten half-century by Andre Russell.

Needing 109 to win, Du Plessis top-scored for CSK with 43 runs while Kedar Jadhav stood unbeaten on eight as the home team chased down the target with 16 balls to spare.

MS Dhoni IPL 2019 Cricket Chennai Super Kings vs Kolkata Knight Riders, Match 23
Get the latest updates on T20 World Cup, check out the T20 World Cup Schedule and Live Score . Like us on Facebook or follow us on Twitter for more sports updates. You can also download the NDTV Cricket app for Android or iOS.