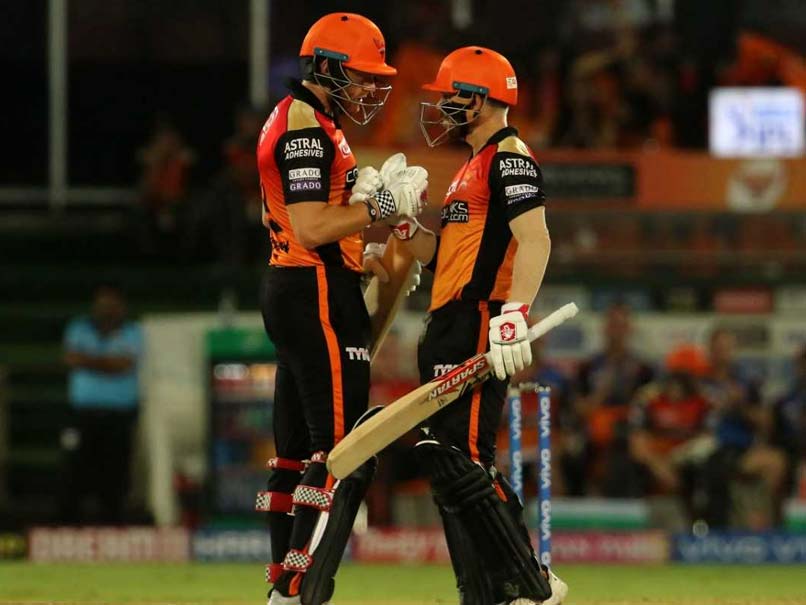 SunRisers Hyderabad (SRH) defeated Chennai Super Kings (CSK) by six wickets in match 33 of the Indian Premier League (IPL) at the Rajiv Gandhi International Stadium in Hyderabad. Chasing 133, the hosts were off to a flying start as the opening pair of David Warner and Jonny Bairstow put up 66 runs for the first wicket in 5.4 overs. Warner notched up his 41st IPL fifty in 24 balls only to be dismissed off the very next ball. His innings included 10 fours. SRH captain Kane Williamson was dismissed for three by Imran Tahir. The leg-spinner also dismissed Vijay Shankar for seven runs. Bairstow remained unbeaten till the end as he and Deepak Hooda (13) added 26 runs for the fourth-wicket to keep SRH in hunt. Hooda perished while trying to clear the ball over long-off. Bairstow finished the match with a six. The English wicket-keeper scored 61 not out. This was his maiden IPL fifty. His innings included three fours and three sixes. With this win, SRH move up to the fifth position on the points table while CSK continue to stay at the top. Earlier, CSK were restricted to 132/5 in 20 overs. Faf du Plessis top-scored for CSK with 45 runs (3 fours, 3 sixes). (SCORECARD)

Rajiv Gandhi International Stadium, Hyderabad Cricket Live Score Live Cricket Score Live Blogs
Get the latest updates on ICC Women's Cricket World Cup 2022 and IPL 2022, check out the Schedule , Live Score and IPL Points Table. Like us on Facebook or follow us on Twitter for more sports updates. You can also download the NDTV Cricket app for Android or iOS.