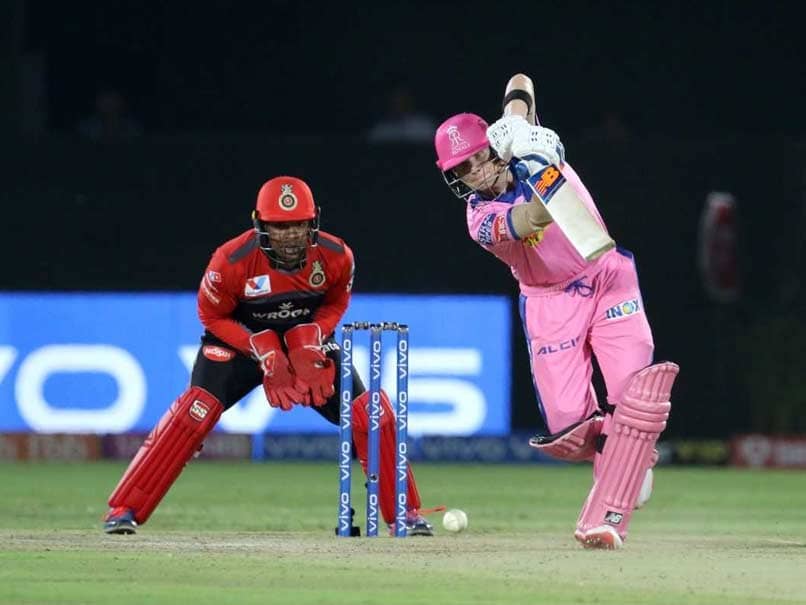 Rajasthan Royals (RR) defeated Royal Challengers Bangalore (RCB) by 7 wickets at the Sawai Mansingh Stadium in Jaipur. Chasing 159 runs to win, captain Ajinkya Rahane and Jos Buttler gave the hosts a flying start as they added 60 runs in 7.4 overs. Rahane was trapped LBW by Yuzvendra Chahal for 22. His innings included 4 boundaries. Steve Smith came in to bat at number 3. The pair of Buttler and Smith then added 44 runs for the 2nd wicket before Buttler was dismissed by Chahal, caught by Marcus Stoinis at long-off. The Englishman brought up his 8th IPL half-century. This was his second consecutive fifty. He departed for 59. Rahul Tripathi (34 not out) and Smith added 50 runs for the 3rd wicket before Smith was caught at long-on by Umesh Yadav. Earlier, Smith was dropped by Yadav. RCB's sloppy fielding continued as Tripathi was also dropped by Moeen Ali. With this win, RR get 2 points and move up to the 6th position in the points table. On the other hand, RCB with 4th straight loss, continue to totter at 8th position. Earlier, RCB posted 158/4 in 20 overs, courtesy Parthiv Patel's 67 runs off 41 balls. (SCORECARD)