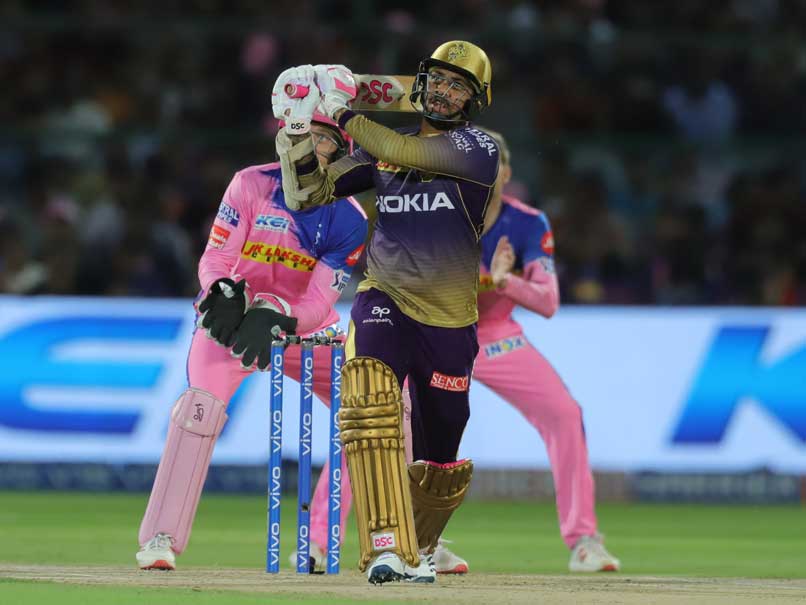 Kolkata Knight Riders (KKR) defeated Rajasthan Royals (RR) by 8 wickets at the Sawai Mansingh Stadium in Jaipur. Chasing 140 runs, KKR openers Chris Lynn and Sunil Narine gave the visitors a flying start as the duo galloped 52 runs in only 4.1 overs. Sunil Narine was at his best as he scored a quickfire 47 off just 25 balls at a strike rate of 188. His innings included 6 fours and 3 sixes. Narine and Lynn clobbered boundaries around the park at will as they added 91 runs for the 1st wicket in 8.3 overs. Narine was dismissed by Shreyas Gopal. On the other hand, Lynn brought up his 7th IPL half-century before he was dismissed for 50 off 32 balls. His innings also included 6 fours and 3 sixes. Gopal dismissed Lynn who was caught at 1st slip by Steve Smith. By the time Lynn was dismissed, KKR were in touching distance from a fabulous win. Robin Uthappa scored 26 off 16 (1 four, 2 sixes) to ensure KKR don't lose further wickets. With this win, KKR climbed to the top of the points table, dethroning Chennai Super Kings with a superior net run rate. Earlier, RR scored 139/3 in 20 overs courtesy a fluent 73 not out by Steve Smith. (SCORECARD)