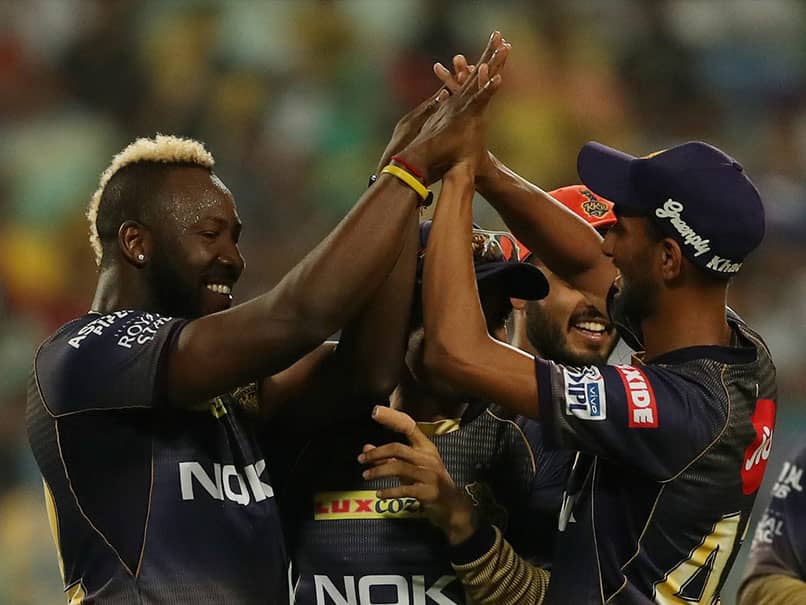 An all-round effort by Andre Russell enabled Kolkata Knight Riders (KKR) to a 28-run win against Kings XI Punjab (KXIP) at the Eden Gardens in Kolkata. Chasing 219 runs to win, the visiting KXIP got off to a disastrous start as they lost KL Rahul for 1. Chris Gayle could manage only 20 runs from 13 balls (2 fours, 2 sixes) as he was dismissed by compatriot Russell. Following the dismissal of both the openers, KXIP were under tremendous pressure as the required run rate kept soaring. Promising youngster Sarfaraz Khan also perished on 13. It was then up to Mayank Agarwal (58 off 34) and David Miller (59 not out off 40) who added 74 runs for the fourth wicket keeping KXIP's run-chase alive. Agarwal was clean bowled by Piyush Chawla. His innings included 6 fours and 1 six. Mandeep Singh then joined Miller as the duo could add 56 runs as KXIP finished their innings on 190/4. Mandeep remained unbeaten on 33 off 15 balls. His innings included 4 fours and a six. With two back-to-back wins, KKR have leapfrogged Chennai Super Kings to the top of the IPL points table with superior run rate. Earlier, put into bat, KKR scored 218/4 in 20 overs courtesy fine half-centuries from Robin Uthappa (67 not out) and Nitish Rana (63) and a cameo from Russell (48 off 17). (SCORECARD)