IPL 2019: KL Rahul Is One Of The Best Openers I've Come Across, Says Chris Gayle

KL Rahul was one of the best batsmen for Kings XI Punjab in IPL 2019. 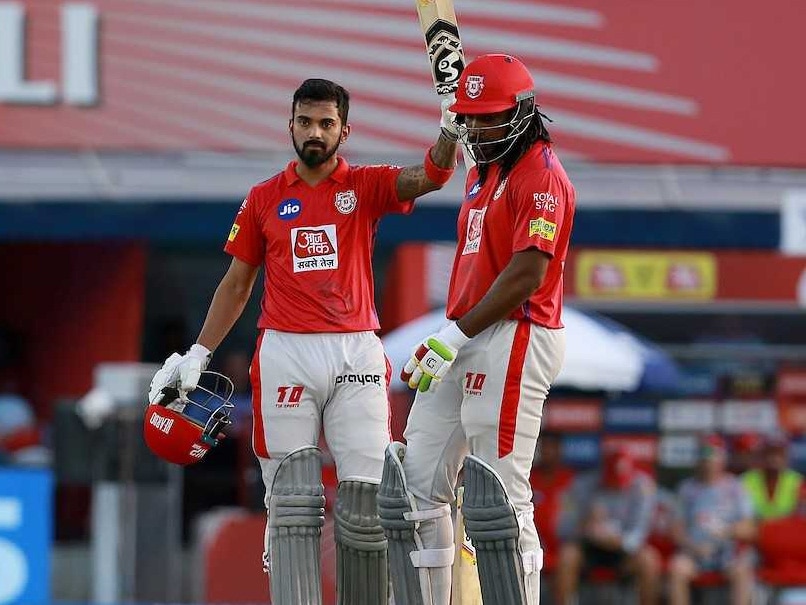 KL Rahul, as of now, is the second highest run-scorer in IPL 2019 behind David Warner.© BCCI/IPL

Chris Gayle is all praise for his fellow-Kings XI Punjab (KXIP) opener KL Rahul. Speaking to Rahul after KXIP's victory against Chennai Super Kings (CSK) in Mohali on May 5, Chris Gayle said Rahul was one the best opening batsmen that he has come across. CSK batted first and registered a score of 170, after which KXIP chased the target of 171 with two overs to spare, on the back of a match-winning knock by KL Rahul, who scored 71 off 36 balls, with a strike rate of 197.22.

"You're one of the best opening partners I've had," Gayle told Rahul in a chat after the match. "Our communication between the wickets' was fantastic."

Gayle has tipped him for big things for Indian cricket in the future.

"You saw me as a 21-year old boy in the RCB (Royal Challengers Bangalore)," Rahul responded. "I've learned so much from him (Gayle) as an opening batsman, and I remember still, from then to now, he's not said anything different, is always about holding your shape, and that's been so important for any batsman. I've learned so much from him, and we've enjoyed playing together."

KL Rahul, as of now, is the second highest run-scorer in IPL 2019, behind SunRisers Hyderabad's David Warner, who has 692 runs. Chris Gayle is 5th in the list of the most runs scored in this year's IPL.

Chris Gayle and KL Rahul have been the openers for KXIP throughout IPL 2019. They have had two 100-run partnerships in IPL 2019, the first being 116 against the Mumbai Indians on April 10, and the second being 108 against CSK on May 5.

Chennai Super Kings Kings XI Punjab vs Chennai Super Kings, Match 55 IPL 2019 Cricket
Get the latest updates on T20 World Cup, check out the T20 World Cup Schedule and Live Score . Like us on Facebook or follow us on Twitter for more sports updates. You can also download the NDTV Cricket app for Android or iOS.