Hardik Pandya Will Be Great For Mumbai Indians And India, Says Kieron Pollard 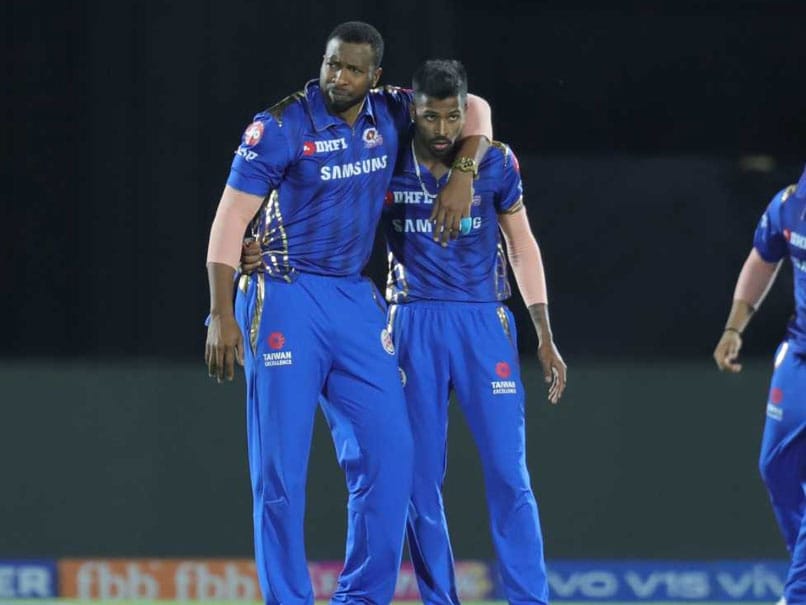 Kieron Pollard said on Wednesday that Hardik Pandya can achieve great things for Mumbai Indians (MI) and Indian cricket, praising his ability to finish games and impacting the game with his presence. Currently, Hardik has scored 355 runs in the 12 games he has played for his franchise, averaging 50.71 with a strike rate of 198.32. His best innings in IPL 2019 came in MI's last game on April 28 against the Kolkata Knight Riders, where he scored 91 runs off 34 balls, with a strike rate of 267.64.

Hardik has also taken 10 wickets in this IPL, his best figures being 3/20 in 4 overs against the Chennai Super Kings on April 3.

“Even when he came to this team, if you remember, couple of games for Mumbai, he actually finished off with his big hits. He is a small guy, but he can hit the ball a long way.

“Again, once he continues to practice well and evolve as a cricketer, I can see him do great things not only for Mumbai Indians but by extension Indian cricket. So, it is a matter of him having that confidence and making the most out of it by believing in himself.

“He is one of those guys who is a free spirit and just goes and tries to use his youthful exuberance to try and have an impact on the game,” Kieron Pollard is quoted as saying on the official Mumbai Indians website.

Mumbai Indians, currently placed 3rd in the IPL points table, face off against 4th placed SunRisers Hyderabad at the Wankhede Stadium in Mumbai on May 2.

Kieron Pollard IPL 2019 Cricket
Get the latest updates on IND vs NZ 2021, check out the Schedule and Live Score . Like us on Facebook or follow us on Twitter for more sports updates. You can also download the NDTV Cricket app for Android or iOS.